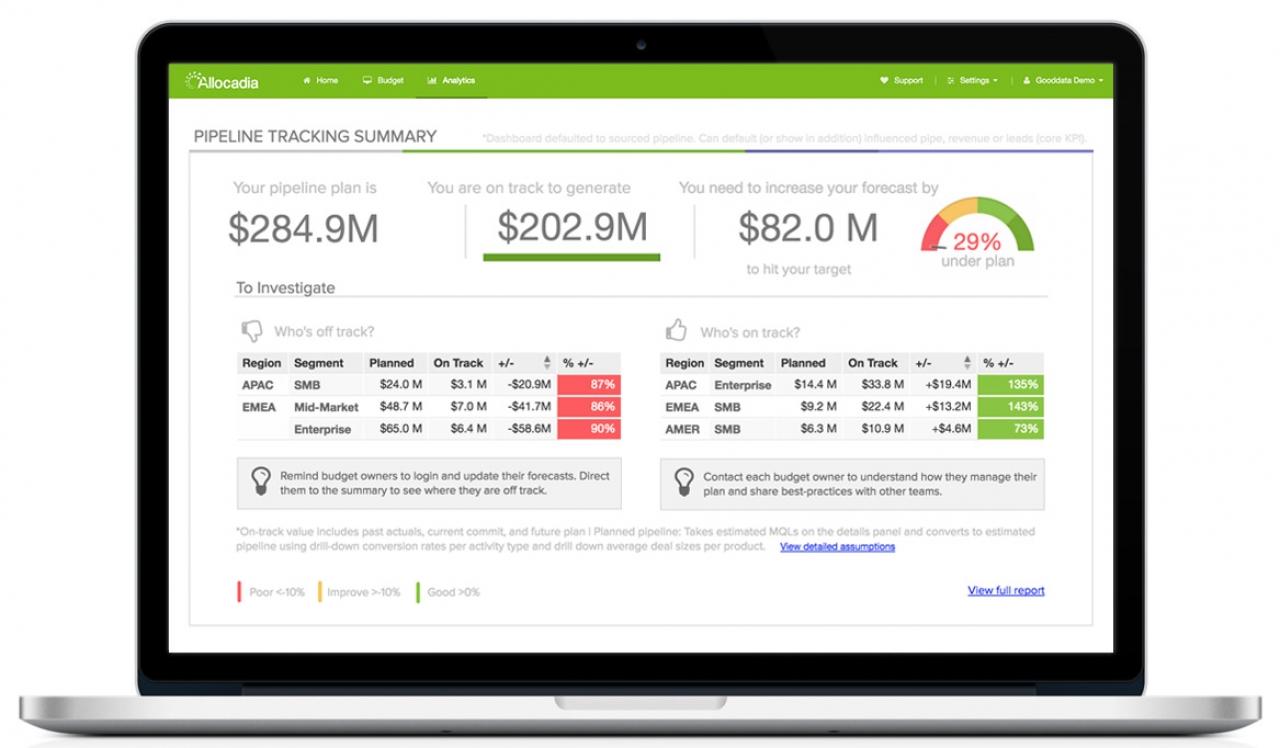 National Instruments, a high-tech hardware and software company, partnered with Allocadia, a marketing performance management software company, to help the company proactively plan and better connect investments with its go-to-market strategy and gain better insights into how it is using its marketing budget.

National Instruments employs more than 600 marketing professionals worldwide. The company’s investments initially weren’t directly connected to their go-to-market plan. Instead they were organized by products and regions, rather than global campaigns and goals. With so many people involved, National Instruments was challenged with evolving from a product focus to a customer-needs-based solution focus, and making sure there was accountability and transparency around its new marketing plan framework, which was built on SiriusDecisions Campaign Framework.

“We had finance tools that [the marketing department] used to try to understand our investments,” said Helena Lewis, Sr. Manager of Marketing Operations at National Instruments, in an interview with Demand Gen Report. “It was very much a rear view mirror of what we were doing. We were not able to proactively plan or align our budgets or go-to-market plan. We had a bunch of spreadsheets, and we used them for marketing planning, to do our budgets and to try to tie our budgets to our execution and plan in a better way. But every region and even every sub-region had a different spreadsheet.”

Lewis said that the company needed an overlay on top of its Oracle Hyperion finance system so they could “view budgets and investments with the marketing list that is directly connected to its go-to-market plan and strategy.”

National Instruments’ implementation process was conducted in two phases. The first phase was to make sure the company’s go-to-market plan aligned to its budget and investments. Allocadia was able to report by dimensions such as campaign, media type and region, and it became its source for how the company was investing its money.

ADVERTISEMENT
“Our goal was to make sure our campaigns and media were all configured and set up in Allocadia—so the marketers around the world who were responsible for deploying the plan had access to the system,” Lewis said. “[Marketers] had to tag their investments with our campaigns. Then, we were able to see how much money we were spending on a campaign and if it was aligned to what we wanted to invest in that campaign—both when it comes to media and region.”

Following phase one, Lewis said the team quickly realized a need for what became phase two of the implementation: align Allocadia more closely with Oracle Hyperion.

“Whenever [our marketers] entered something for trade shows in the back end, we populated that with all the finance codes, so we could easily sync the two systems,” Lewis said. “We had to make Allocadia credible to finance since, ultimately, that is where the money, budget and all the decisions are made.”

National Instruments has achieved great transparency and accountability into how marketing is performing and investing its money. While the ROI connection won’t be measured until later this year, Lewis said the company is having more informed and strategic conversations about optimizing marketing performance.

“The conversations we’re having globally are on another level,” Lewis said. “People are more accountable because the transparency is there. That is one of the most tangible benefits as far as I have seen. Also, finance now sees that marketing is more educated and accountable to how we’re spending our money. We can show that the money we’re investing is driving the corporate objective. Now, if we are diverting from an investment, we can explain why because we have the insight of when we’re spending the money.”