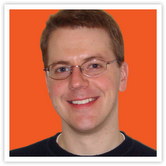 Engagement has been a buzzword for the past couple of years as ISPs have slowly added open, click and other metrics into their filters to provide a fuller picture of whether their users want particular emails. But email marketers and management have struggled with this change — after all, list size has been a key performance indicator for more than a decade for most marketers.

Last year when I examined how major companies handle inactives, I was alarmed that most still emailed subscribers who had not opened or clicked an email in over three years. But the actions of ISPs are forcing marketers to focus on maximizing the number of active subscribers and minimize the number of inactive subscribers. Gmail's decision in February to tighten its filters to highly aggressive levels seems to finally be converting some of the naysayers that championed emailing long-term inactives and that dismissed the deliverability risks.

It wasn’t until fairly recently that it appeared that marketers were successfully making this mindset shift. At Interact, Responsys’ annual user conference, there were many examples of clients implementing engagement-based emailing. For instance, travel site Orbitz used a three-email re-permission series to clean out subscribers who hadn’t opened or clicked in more than six months. Three percent said they wanted to continue receiving emails, 2% said they didn’t, and 95% didn’t respond. “We removed that 2% plus the 95% and all of our deliverability problems magically disappeared,” said Ted Wham, Vice President of Customer Relationship Marketing at Orbitz.

While a six-month cutoff may be on the short side for some marketers, that was the threshold that made sense for Orbitz based on the behavior of its subscribers. The re-permission series gave inactive subscribers several chances to raise their hands to stay on the list, and at the end of that series Orbitz made the wise decision to sacrifice the ability to mail its inactives in order to consistently reach all of its active subscribers. That’s an exchange that many smart marketers are now willing to make, realizing that overall list size is secondary to maintaining their deliverability to engaged subscribers.

But it’s not always easy to convince the C-suite of the logic of this exchange, as Chris Nickel, Manager of CRM & Direct Response Marketing at electronics maker Epson, discovered. Eighty percent (80%) of Epson’s email list was inactive, which the company defined as not opening or clicking a single email in more than 36 months. To prove to management that removing them wouldn’t affect revenue, Nickel removed the inactives from the main list in four batches over time. Likely because of the long replacement cycle of electronics, they did experience a slight decrease in overall email revenue while decreasing their email volume by 80%, but the move was considered a success and led to a much healthier list.

Of course, engagement-based emailing isn’t just about mailing inactives less or not at all. It’s also about emailing the most engaged subscribers more. Skin-care brand Philosophy has been putting a full-spectrum plan into effect. First, the company's marketing team analyzed their inactive subscribers and looked at their acquisition sources. They found that email subscribers acquired through Facebook converted at a 90% lower rate than other subscribers, according to Tiffany Berry, e-Commerce Marketing Manager at Philosophy. They cut off that acquisition channel and also stopped using sample campaigns because of the low-quality subscribers they attracted. And second, Philosophy decreased its full-file emails by 40%, but increased email revenue by 50% by sending more email to engaged subscribers. That increase to engaged subscribers did not increase the company's unsubscribe rate.

Email marketing is quickly heading toward individualized email frequencies — with a unique subscriber receiving a number of emails as determined by his or her engagement level; preferences; email, web and social behavior; and other factors. Engagement-based emailing is a key part of that equation.

An authority on email marketing strategies and trends in the retail industry, Chad White is the research director at Responsys, a leading global provider of on-demand email and cross-channel marketing solutions.   He founded the Retail Email Blog in 2006 and has since collected detailed data on more than 81,000 emails from the top online retailers and written more than 2,200 blog posts about notable trends, interesting tactics, and standout examples of email marketing. In addition to his posts, he regularly writes research reports on email marketing practices and trends.   Chad is an Email Insider columnist for MediaPost, has spoken at many industry events, and has been interviewed by the New York Times, USA Today, the Associated Press, MarketWatch and Fast Company, among others.