The Demand Creation Waterfall, introduced by SiriusDecisions a little more than five years ago, has become the common framework for many leading BtoB companies as they look to evaluate and improve their pipeline performance. At last week’s sold-out SiriusDecisions 2010 Summit, the research consultancy added a new perspective on the Waterfall, aimed at helping sales and marketing improve collaboration throughout the different stages of prospect engagement. 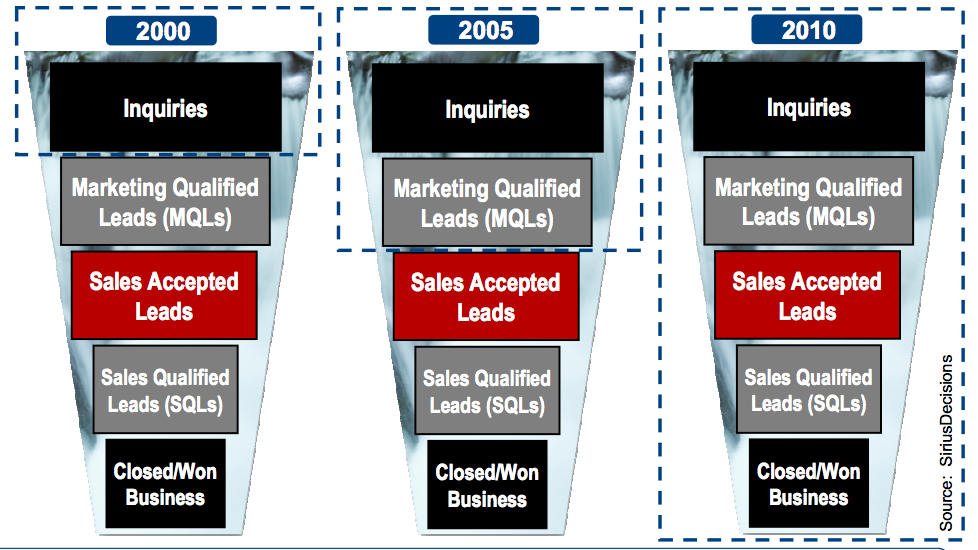 In a session titled, “The Second Sea Change: Sales and Marketing for 2010 and Beyond,” Tony Jaros, VP of Research at SiriusDecisions pointed that the role of marketing continues to evolve. “We have witnessed the charter of marketing – and thus its relationship with sales – change twice in a decade,” Jaros said.

While the first wave of change had marketing expanding its role in demand creation, Jaros said that has resulted in an over-emphasis on generating leads at the top of the waterfall, and not enough work on lead nurturing and lead acceleration in the later stages of the waterfall. “The over-hype on the ‘create’ task has devalued the other tasks that sales and marketing should be working on together.”

To reverse that tide, SiriusDecisions introduced five new “task families” designed to foster an integration approach between sales and marketing from initial qualification to closing deals. The five task families were:

In addition to introducing new approaches to waterfall management, the SiriusDecisions Summit also provided attendees with insights into the changing habits and preferences of BtoB buyers. Among the key takeaways of the firm’s 2010 Buyer’s Survey, was the realization that “less is more” when it comes marketing messages.

The Buyer survey also showed an increased preference on collaboration with peers and content from suppliers. Asked to site their most trusted sources, 29% of buyers cited peers and this source scored consistently high among early-stage buyers as well as later-stage. As an example, when buyers were asked to rank their favored early-stage marketing tactics, 51% cited peer referrals, a big jump from the 32% that cited that tactic in 2006.

In addition to the research and insights shared by the SiriusDecisions analysts, this year’s Summit featured a who’s who cast of BtoB executive speakers, including:

This year’s Summit drew more than 500 attendees and once again featured an outstanding content agenda. Look for continued coverage of the Summit in upcoming issues of DemandGen Report.