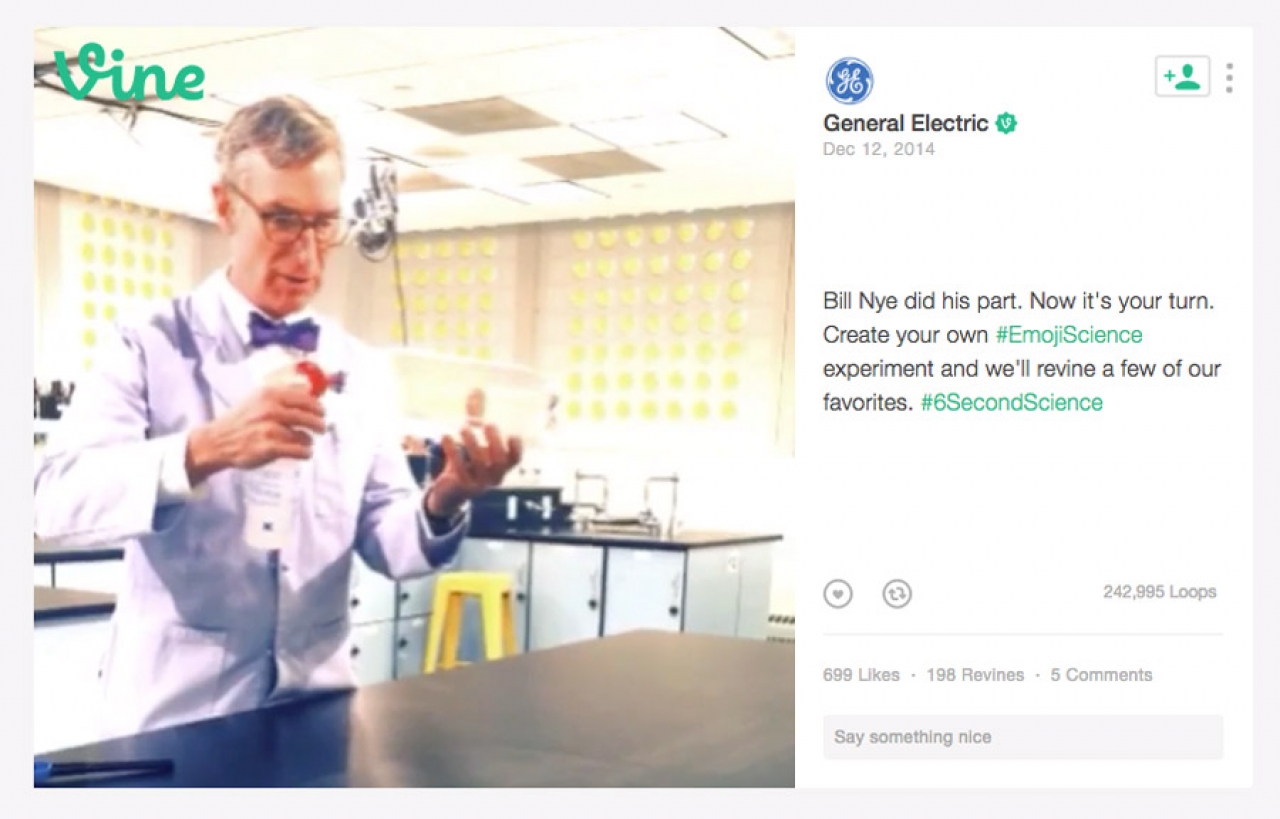 With more than 150 million daily active users, it’s safe to say Snapchat has outgrown its reputation as a messaging app for Millennials. The five-year-old social media platform surpassed Twitter’s number of daily active users, and has seen a sharp spike in users over the age of 35 in the past few years, according to The Wall Street Journal.

Consumer brands such as Nike, Coca-Cola and McDonald’s have invested heavily in marketing campaigns on the platform, but B2B companies have been slower to set up profiles on Snapchat and other emerging social media sites such as Periscope and Instagram — a trend that may soon change, experts say, as the platforms evolve and their user base continues to expand.

“B2B companies should absolutely be utilizing these channels,” said Ashley Zeckman, Director of Agency Marketing at digital marketing firm TopRank Marketing. “While there is typically a maturity phase that apps like Snapchat and Periscope typically have to go through before older demographics begin utilizing their platform, that doesn’t mean B2B companies shouldn’t get started now.”

The benefits of early adoption — staking a claim as an innovator on an emerging marketing platform — is just one reason why B2B brands such as inbound marketing software provider HubSpot and social media scheduling platform Buffer set up Snapchat profiles this year.

“We’re exploring how to understand the patterns of early usage that will eventually shape the second and third iterations of this channel — and to get into a position of experience from which we can best help guide our customers when they are weighing whether and how to learn the channel,” said Meghan Keaney Anderson, VP of Marketing at HubSpot.

Brian Peters, Social Media Manager at Buffer, agreed. “It’s very important to hop on new channels while they’re still organic,” he pointed out, adding that Buffer will focus heavily on Snapchat in Q3, with what he describes as a “fun, educational mix” of content. “Snapchat has a younger demographic, so it’s hard to put out just educational content; that’s not necessarily what they’re looking for.”

In fact, keeping content compelling and concise — what Zeckman describes as “snackable” — is key to successfully leveraging Snapchat, or any other social media outlet, for that matter. “General Electric has been a standout star on Snapchat, Periscope and Vine with everything from their drone videos, to interviews with celebrity scientists like Bill Nye,” she added.

“The thing that B2B companies need to remember is that they are still marketing to consumers. They are just consumers responsible for purchasing a product or service for their business needs, and not just a tube of lipstick,” Zeckman said. “B2B consumers are still searching for great content from brands that will entertain, inspire and inform them.’”

As for what makes for memorable Snapchat content, experts suggest scoping out the profiles of B2C brands that have created innovative campaigns for the app, including companies such as Shopify, Everlane, Warby Parker and GrubHub.

“While HubSpot is a B2B company, when it comes to our marketing approach on channels like Snapchat and other social networks, we take a lot of inspiration from B2C companies that are using these networks really well and figure out how we can take a similar approach that works for our audience,” Anderson explained.

ADVERTISEMENT
That focus on quick, memorable content is also crucial since social media platforms like Snapchat are still too young to payoff in a large number of sales leads or a significant amount of revenue. Several B2B brands reported using the sites mainly for brand-building — and importantly, for recruitment.

“We also wanted to use Snapchat as a way to provide followers with a comprehensive look inside our company and showcase our culture,” Anderson said. “Currently the analytics on Snapchat are limited so we’re measuring success of that strategy purely on opens per snap and retention rate. We’ve seen steady growth across both. At this point, SnapChat is advancing branding, recruiting and very-top-of-the-funnel goals.”

Of course, the nature of Snapchat’s now-you-see-it, now-you-don’t content means the platform may not work for every B2B brand. In that case, Zeckman recommends taking a look at other emerging channels.

“Live video streaming platforms such as Periscope and even Facebook Live have been adopted by B2B marketers much faster than the use of apps like Snapchat,” she noted. “In particular, one place that I’ve seen a lot brands using live streaming apps is at industry events and conferences. When you have a large group of super smart people in one place, it’s the perfect opportunity to take out your phone and shoot some live interviews, Q&A or even just a quick hello from an influencer that your B2B audience finds credible.”

In fact, several B2B companies reported plans to invest more heavily in proven platforms such as Facebook and YouTube, particularly as those sites make greater efforts to accommodate B2B marketers. (YouTube, for example, introduced services that video developers can use to line up production facilities and learn how to make more money from their channels, as well as live customer support.)

That strategy of driving visitors back to a company’s website (or even better, gated content) is still one of the main social media priorities for marketers, no matter the platform. And 10-year-old social media standby Twitter continues to outperform its peers in that regard.

“Twitter is by far one of our biggest sources of web traffic,” Spenceley noted. Peters at Buffer also said Twitter drives the most traffic to the company’s website. “I’d probably say that’s our biggest asset for social media. It drives about 55,000 to 60,000 visits to our website every month.”

Twitter has been so successful for Buffer, he added, that the company employs four to five staffers to monitor the site, and often pays to promote tweets.

Snapchat, however, stands to catch up in that regard, too: The company recently announced that advertisers will soon be able to choose additional actions when users swipe up on their content, including sending them to a longer video, directing them to a website or article (without leaving Snapchat) or prompting them to install another app.

It’s one of several changes the growing powerhouse introduced to make the app more friendly for marketers, including “Snapchat Partners,” an application programming interface (API) that will connect marketers to ad tech developers who can build custom buying and management tools — giving them more options for buying and measuring ads created for the app.

The new advertising-friendly updates are just a few more reasons why Snapchat stands to see growth in the B2B arena, Zeckman added.

That being said, Peters suggested B2B companies take a patient approach when in investing in emerging channels, as the payoff can sometimes take years to kick in. “Stick with it and grow it and give it some time,” he summed up.