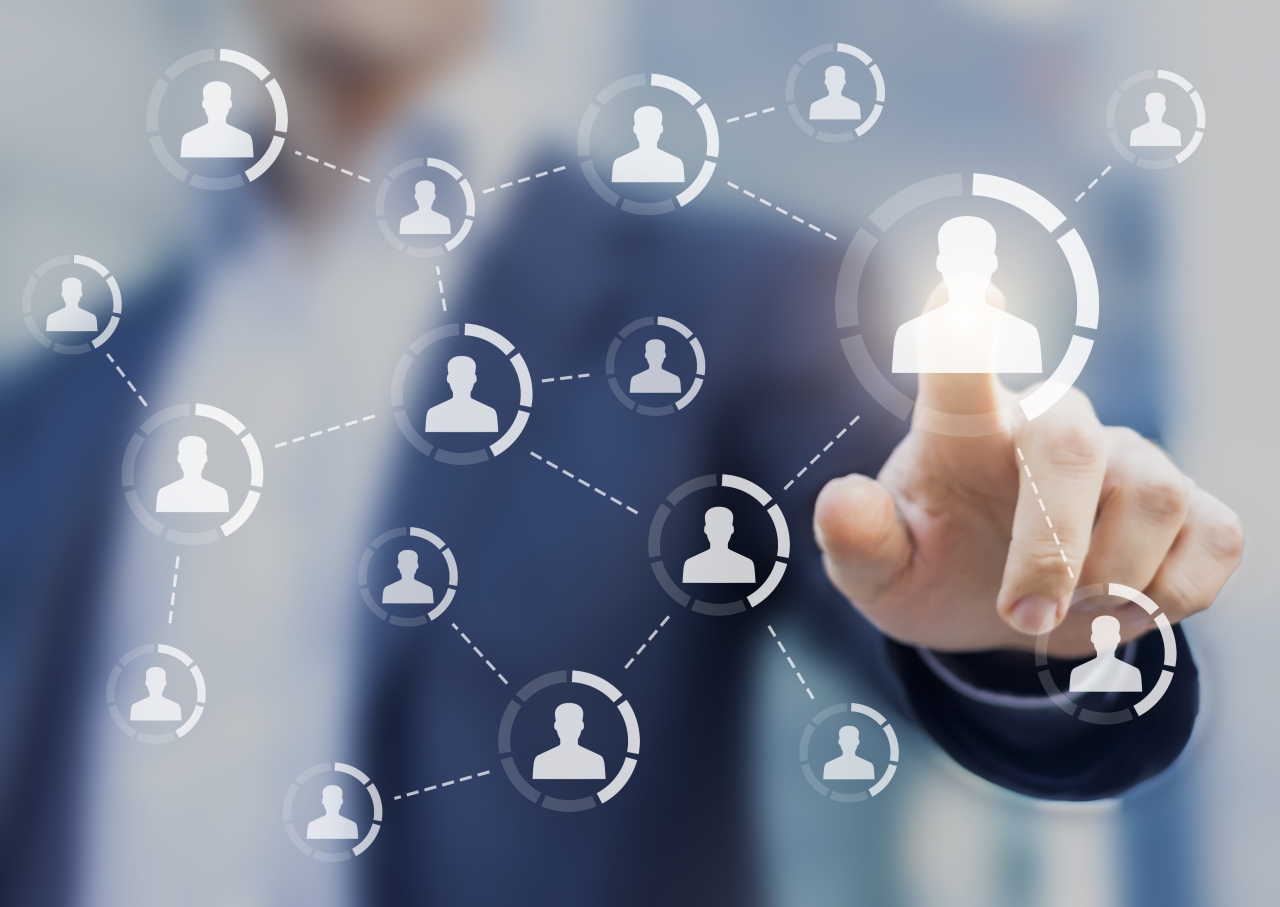 Risk aversion is becoming a top motivator for B2B buyers. Research shows 78% of buyers are dedicating more time to researching solutions and are increasingly turning to peers and thought leaders for relevant insights. Demand Gen Report’s 2018 B2B Buyers Survey demonstrates the growing influence of third-party sources and outside opinions on the buyer journey. According to the report:

As buyer behaviors continue to shift towards peers and thought leaders, forward-thinking marketers from companies such as SAP, the Content Marketing Institute and Oracle are looking beyond their internal resources to leverage industry influencers to drive engagement, enhance content and build trust with buyers.

ADVERTISEMENT
“There’s a little magic to influencers,” said Pierre-Loïc Assayag, CEO and Co-founder of Traackr, in an interview with Demand Gen Report. “They’ve been able to captivate their audience and get them to trust them … Right now, we’re seeing the impact of our advertising lessen and the trust that people have in brands and traditional media keeps going down, so people are very eager to find new means to reach an audience.”

While B2C marketers have embraced influencers as a strategy for success, their B2B peers have been slow to adapt. According to research from Traackr and TopRank Marketing, only about 15% of B2B companies ran ongoing influencer marketing programs in 2017, compared to 55% of B2C marketers.

B2B marketers should not be so quick to overlook influencer marketing, as it has been shown to deliver 11X higher ROI than traditional digital marketing tactics, according to TapInfluence. Another report from Linqia shows that of those who used influencer marketing in 2017, 92% rated it as effective.

“Buyers trust content from peers and experts more than content from brands,” said Lee Odden, CEO of TopRank Marketing, in an interview with Demand Gen Report. “Collaborating with influencers opens doors for brands to connect their value messaging to an audience that is actually interested.”

Influencer marketing, when done correctly, can be used across channels to influence prospects throughout the buyer journey. To do so, B2B marketers must embrace a shift in traditional marketing thought, build long-term relationships with influencers and bring them into the content creation and execution process from an early stage — it should not be an afterthought.

“The value of having a long-term influencer strategy is that it presents the opportunity for brands to establish long-term, reciprocal relationships with industry experts and thought leaders,” said Alicia Esposito, Content Strategist for Content4Demand, in an interview with Demand Gen Report. “You can tap these influencers on an ongoing basis — whether it's for content creation, events, webinars or even for your own internal intelligence or market research. Having this relationship helps you continue to build clout and credibility — your buyers then associate your brand with these experts, which is extremely valuable.”

Influencers Drive Organic Traffic Pre-, During- And Post-Event For SAP And CMI

“We’re to the point right now where we have a few hundred thousand names in our database and we’re asking the same people to do the same things over and over again,” said McPhillips in an interview with Demand Gen Report. “[But], we have this vast array of 250 speakers every year who have networks of their own, who have the ability to reach out to their folks and say ‘I’m going to be here. Here’s what I’m going to be speaking on and why you should be here too.’ They’re able to broaden the reach for us organically.”

Since 2013, the Content Marketing Institute has been hosting weekly twitter chats with industry experts and influencers. Every Tuesday from 12 p.m. to 1 p.m. EST, an upcoming speaker from the conference hosts a Twitter discussion on a relevant content marketing trend. According to McPhillips, the twitter chats have become a popular staple and generate a regular spike in engagement.

“At the event [in 2013], our attendees were coming up to me and saying, ‘what’s the topic for the twitter chat next week?’” said McPhillips. “We try not to make it promotional. We are very methodical around the guests and the topics we choose … We’re constantly providing valuable, relevant content to our customers.”

SAP, a software solutions provider, began working with influencers before it was all the buzz. Back in 2016, the company brought 11 influencers to its annual SAPPHIRE NOW conference. The influencers presented and hosted panel discussions, created campaign videos and produced live interviews with event attendees and other influencers, as well as SAP employees and customers.

The influencers drove such high engagement that in the following year, 15 influencers were invited to the conference. Together, they drove 16.5% of all social media impressions. The company has continued to work with influencers in the year since and the engagement levels have continued to grow.

SAP Ariba, a source-to-pay procurement and supply-chain cloud, recently held an event in Amsterdam. According to Amisha Gandhi, Head of Influencer Marketing at SAP Ariba, the influencers at the event drove 30%-40% of all social media engagement.

“An influencer put a video of a demo from the show floor that he thought was interesting on his LinkedIn channel,” said Gandhi in an interview with Demand Gen Report. “It now has over 15,000 views and it has 30 comments. That wouldn’t happen normally on our channel and is completely organic.”

Gandhi said SAP Ariba understands the value of influencers and aims to create an influencer ecosystem that starts with events and continues throughout the buyer journey.

Giving influencers a seat at the table early on is key to success. It allows them to offer content ideas and feedback, gives them more reason to share and promote content with their networks and helps B2B businesses build better relationships with influencers.

“Influencer selection should be a strategic decision, not an afterthought,” said Odden. “Choosing influencers after content has already been created in the hopes that they will promote it is one of the biggest mistakes B2B brands make. There’s no motivation for the influencer to share, even if they are paid.”

In the case of SAP, the company decided to follow up its 2017 Leonardo Live event in Frankfurt, Germany by sending all attendees an interactive E-book featuring insights from 32 influencers.

According to Gandhi, the E-book drove 21 million impressions within the first two weeks and was shared by all 32 influencers. Gandhi says that bringing influencers into the content creation process enhanced the value of the E-book, in addition to extending its reach and shelf life.

“Just last week, one of our influencers promoted the book again because they really liked it and were really engaged,” Gandhi said. “The reason that happened is because we asked for their feedback on what they thought it could look like and what questions they would answer.”

Oracle, an integrated cloud applications and platform services provider, also regularly works with its influencers to create and distribute an E-book for its annual Modern Customer Experience conference.

In 2017, the company asked all influencers who were attending the conference to share their best and worst customer experiences. These insights were then combined into a short E-book that was released ahead of the conference to generate buzz.

“The great thing is they’re typically subject matter experts already, so they know our business just as well as we do if not better because they also know our competitors’ businesses,” said Andrea Tucker, Senior Product Marketing Manager at Oracle, in an interview with Demand Gen Report. “In a lot of ways, their involvement in our content enables us to have a wider lens that we wouldn’t have had otherwise.”

Seal The Deal With Customer Testimonials And Case Studies

Perhaps the most successful and inarguably the most common use case of influencer marketing in B2B comes in the form of customer testimonials and case studies. B2B customers can provide compelling success stories that have the potential to sway customers towards sales and accelerate close rates.

Research from Influitive reveals that nearly 90% of buyers are affected by customer testimonials during the purchase decision. According to Demand Gen Report’s  B2B Buyers Survey, 47% of buyers rate case studies and testimonials as “very important,” while an additional 46% said they are “somewhat important.”

Okta, an identity management service provider, recognizes the crucial role of customer testimonials in the buyer journey. The company’s customer page boasts a robust list of “customer journeys,” which can be searched and filtered by industry, region, solution, product or resource type.

“Since the beginning of Okta, we’ve been dedicated to making our customers successful and partnering with them to highlight the positive impact Okta has had on their organizations,” said Len Fischer, VP, Demand Generation at Okta, in an interview with Demand Gen Report. “Today, that’s still a core part of our business, and we’ve expanded from one-on-one reference calls to other types of customer advocacy, such as sharing their stories on our website, launching our online advocacy community and speaking at events. We aim to provide a customer-first lens to all our marketing efforts.”

“Your influencer strategy is a competitive weapon if you take advantage of it,” said John Steinert, CMO of TechTarget, in an interview with Demand Gen Report. “We think of case studies as a critical influencer marketing tactic … I would say that the majority of all our deals happen with companies who have considered a case study. Our data shows it’s the number one or number two most popular type of content.”

“When you approach [influencer marketing] as an entire marketing function, you are going to get benefits that are not just top-funnel,” said Gandhi. “We’re seeing a shift where B2B marketers are thinking about influencer marketing deeper in the sales cycle. You can now make influencers your partners and work with them to actually impact your business results.”