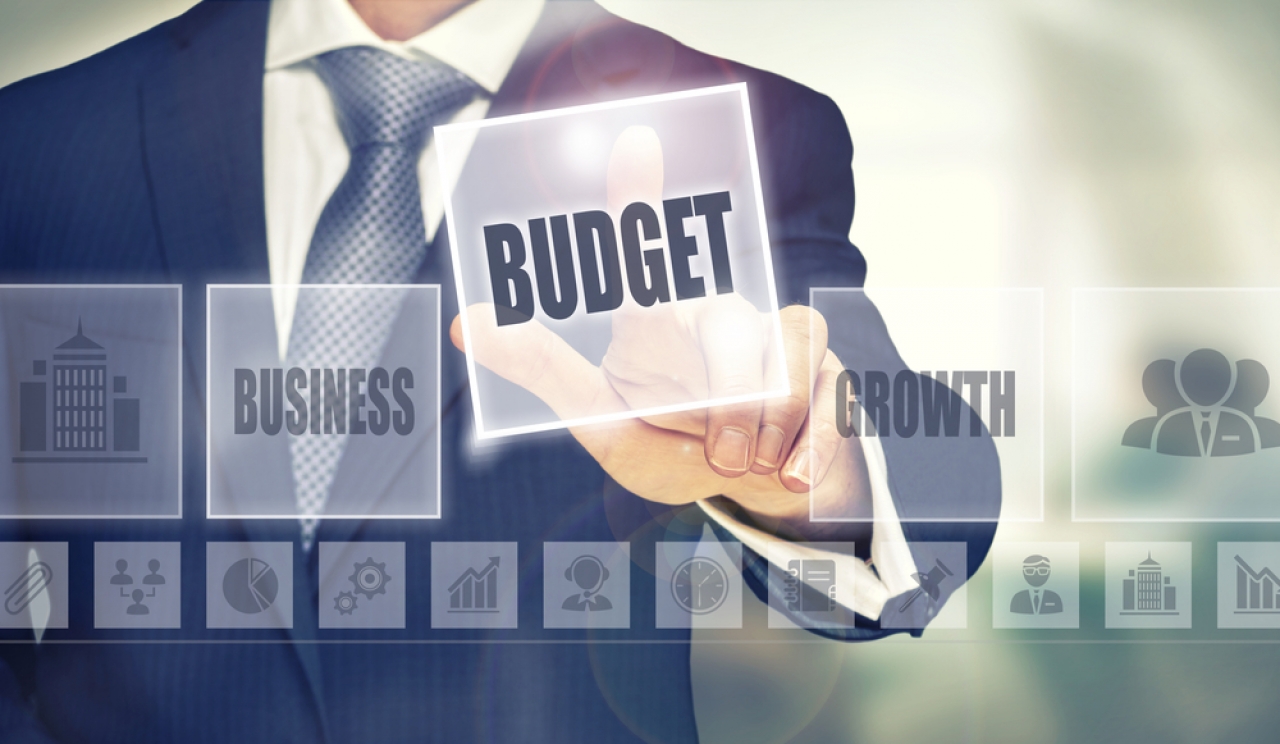 As marketing teams begin to develop their strategies for 2020, new research from Gartner has revealed that today’s CMOs are very optimistic about economic and budgetary outlooks. However, the research also shows that marketing budgets dropped below 11% of overall company revenue for the first time since 2014. Specifically, the Gartner CMO Spend Survey 2019-2020 indicates that budgets have dropped from 11.2% of overall company revenue in 2018 to 10.5% in 2019.

According to Ewan McIntyre, VP Analyst in Gartner’s Marketing practice, budgets have remained steady and “in a healthy place” for quite some time — until now. In fact, there has been a steady increase in marketing budgets over a longer period, signaling growth and positivity for marketing departments. But while the drop of budgets and CMO’s positivity is surprising, it doesn’t necessarily indicate turmoil. In fact, almost two-thirds (61%) of CMOs expect their budgets to rebound in 2020.

Although budgets have dropped, the research found that marketing spend on paid media increased from 23% in 2018 to 26% in 2019. CMOs also emphasized their confidence in digital ads and, when looking across paid, owned and earned channels, offline advertising and TV spend continue to be top priorities, with 7% of total marketing budgets being allocated to each.

The survey also found that investments in martech have dropped, but agency spend remains steady. Another Gartner survey recently reported that 63% of marketers have shifted aspects of their go-to-market efforts from third-party agencies to in-house teams. However, CMOs still see external service providers as high-value partners. The CMO Spend Survey revealed that spend on marketing agencies still holds nearly a quarter (22%) of total marketing budgets.

It’s no surprise that investments in marketing technology still hold a large majority of the marketing budget, but McIntyre emphasized that it has proven to be a more volatile investment. Specifically, the survey shows that martech investments dropped by 3% year-over-year, falling to 26% of marketing budgets in 2019.

Other notable findings from the CMO Spend Survey include:

In light of the release of the research, Demand Gen Report sat down with Gartner’s McIntyre to discuss the survey findings in more detail, including additional surprising details, the reasons for this year’s drop in budgets, top tech categories marketers are looking to invest in and tips for budgeting and planning for the New Year.

Demand Gen Report: The survey reported that this is the first time since 2014 that marketing budgets have dropped extensively — by 11%. What do you think caused this drop?

Ewan McIntyre: I think part of the reason for the decline is that CEOs are just softening their investment prospects when it comes down to marketing. Seventy-four percent of CEOs are likely to increase spending in IT and only 56% are likely to increase spending on marketing in 2019. So, I think there's a softening from a CEO's perspective, but I also think that there is something of a challenge where marketing has carved out a fairly significant chunk when it comes down to budget.

There's no denying that even 10.5% of company revenue is a pretty significant amount of budget. But we do see CMOs and marketing leaders who struggle to really justify the value of that investment to the enterprise, and still have some challenges in proving how that budget — which is now dispersed across lots and lots of different capabilities, some of which are pretty new to marketing (things like marketing technology, customer experience and a drive towards innovation) — justifies the return that these investments are making for the enterprise.

DGR: The research also showed that CMOs are very positive going into 2020. Do you share the same sentiments?

McIntyre: They are very positive, and I was slightly taken aback by the degree of positivity that was cited in the survey because we do live in uncertain times and the specific report is based on findings from CMOs in North America and the U.K. I don't think you have to look particularly hard to find those signs of uncertainty — part of this is just about where we are in the economic cycle and part of this is aggravated by factors like Brexit and trades. But CMOs exist in the same micro-environment as other people in the enterprise and I've been surprised by how sanguine they are about the economic prospects heading into 2020.

Now, the interesting thing is that we asked the question about the next year's budget in every CMOs annual spend survey, and the proportion who felt their budgets would go up based on last year's survey is about the same as it is in this year’s survey. What’s resulted is that their budgets haven't gone up. In fact, they've declined year-over-year. I think there is some positive bias that we get from CMOs, that even in a counterintuitive situation, even against a run of fairly flat budgets — if you look at the overall trend line over the last five-six years, there's been this degree of positivity. And the positivity isn't just on the top line — there is positivity around investments across all of the various different channels and capabilities in marketing.

We’re already seeing come through who are being challenged by the enterprise to reduce budgets and, in some instances, by a fairly significant amount. There are cost challenges coming around the corner and I think the challenge really is where CMOs are looking for indicators that should influence their strategy and their budget. We found from the survey that they're really gravitating towards near-term internal measures, or things like customer spend, to get a picture of the health of the environment right now. They're ignoring some of the longer term macro-environmental trend lines. It's no surprise, if that's the case, that they're missing the potential negativity that's further down the line. But, one thing's for sure, when uncertainty hits, marketing gets hit first, and it gets hit the hardest in many enterprises.

I think the positivity is great, but I think that is verging on hubris and hubristic positivity right now. I don't feel as positive [as these CMOs] heading into 2020. I think that a degree of caution should be applied.

DGR: Do you have any tips you could share as marketing teams and CMOs start planning for the New Year, in terms of what they should be focusing on and/or what they should perhaps backtrack on?

McIntyre: I think one of the interesting things is to look at how they're evaluating their investments heading into 2020. One of the questions we asked was, “How do you actually build your budget?” And the interesting thing is that CMOs are still relying heavily on things like this sense of letting the budget rollover — with a small percentage increase or decrease year-over-year. I'm definitely not advocating that CMOs get deep into zero-based budgeting because, firstly, that's a big ask in a relatively short period of time. And secondly, we know that uptake of zero-based budgeting is pretty low right now. I'm not saying that there should be a wholesale adoption of that as a principle, but some of the key elements that inform zero-based budgeting should be taken into account, which basically means that CMOs should take a fresh look at each of their investment areas.

Often, budgets are being built off of assumptions of value based on either previous delivery or previous results. Sometimes, it’s just based on assumptions, which have just rolled over year-over-year. As we head into potentially uncertain times, the time has come to take a fresh look, make sure that you look at each of the investments you are making with a fresh set of eyes that are really reading the environment as it is today.

I think there also needs to be a proactive view on how you can build cost optimization measures into your strategy. The first thing around that is to build budget scenarios, rather than just hanging your hat on a single budget. So, building scenarios based on a number of different sets of economic and internal business challenges. On the back of that, thinking about from a cost optimization perspective, what are the programs that you really have to hang on to? And what are the ones that you can take your foot off the gas with? It's not so much about which channels they should hang on to, but how they should approach budget building, which I think is the key to success heading in 2020.

DGR: Spend on martech has also dropped; was that surprising, as well? Are there any specific categories that reign supreme over others in terms of what marketers are buying or looking to buy?

McIntyre: The interesting thing is that marketing technology spend has fallen by three percentage points year-over-year. However, we've seen martech spend as a much more volatile area of spend compared to, for example, agency investment. You get these blockbuster technologies that come along and there is a rush for adoption. Obviously, the costs for bringing those technologies in house are front-loaded, and it's relatively expensive to acquire and embed these technologies. But then that turns off into the ongoing management as this becomes business as usual.

ADVERTISEMENT
There's a sense that some of the bigger pieces that have been on the CMO shopping list are potentially at a point where they are already embedded in lots of organizations. You can see this from the 2018 marketing technology survey that Gartner ran. It showed that there was a really big jump between 2016 and 2018 in adoption of things like personalization platforms and capabilities that aligned with multi-touch attribution. There have been a number of areas where there's been significant jumps up, but the reality is, if you buy a solution once — so long as the solution meets the use cases and you have the capability to manage that solution — you don't need to buy it again the next year.

DGR: What other takeaways did you find interesting or surprising from the survey?

Now, I think that's interesting because a few years back we were being told that paid media is irrelevant — it was all about the organic reach that you get as a brand, how you manage customer experience and get fantastic brand benefits through the advocacy that your loyal customers will give you. Well, that remains true, but that does not replace paid media — it is something that happens alongside paid media.

To me, the validation is that advertising is not dead — that advertising still is incredibly important and has more positives than negatives for CMO. The shine has come off influencer marketing and organic social media marketing a little bit, because it’s not quite lived up to the promise from a few years ago. Whereas there's been challenges with paid media, and those challenges have been very real over the last couple of years in terms of GDPR.

8 Key Steps To Humanize The Buyer Experience In Ac…