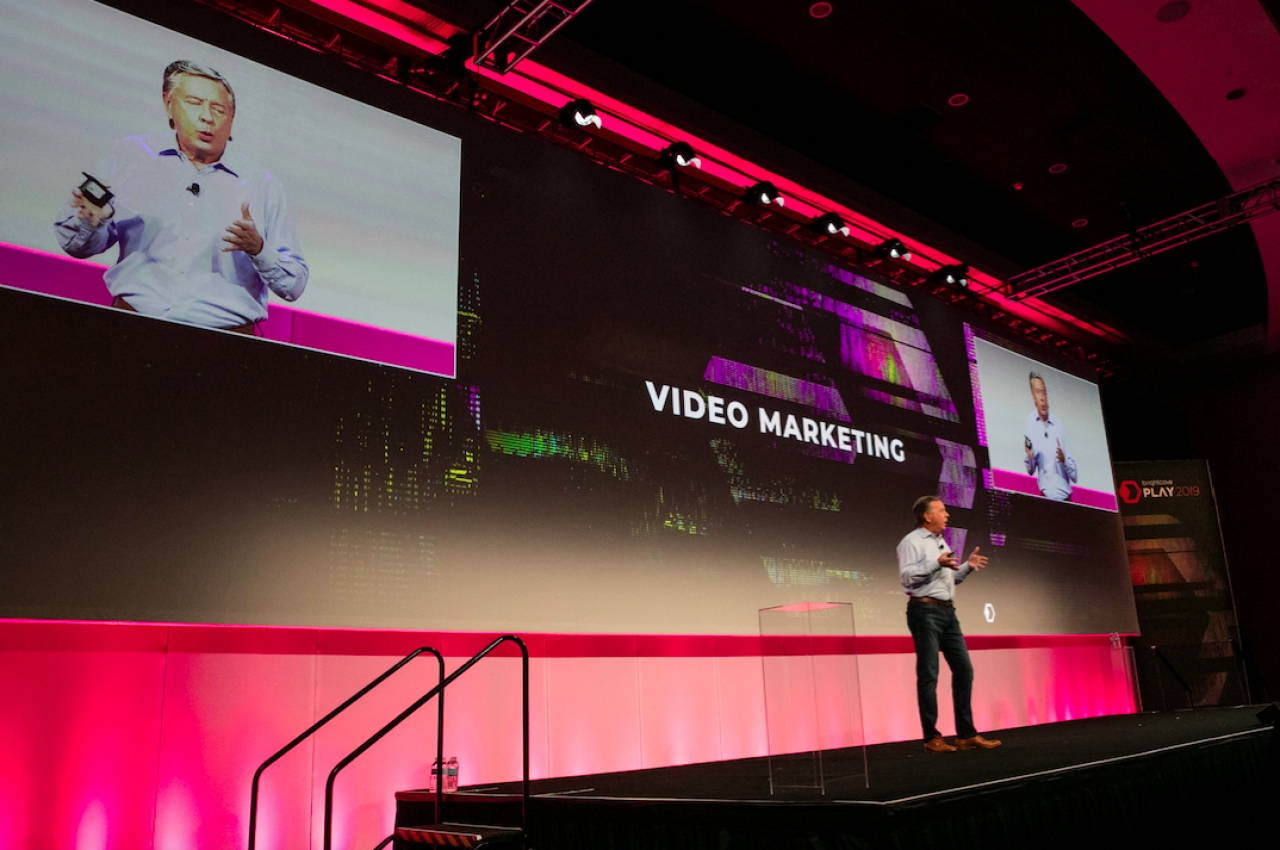 Over the last several years, video content has become a highly preferred content format for B2B buyers. Demand Gen Report’s 2019 Content Preferences Survey showed that the majority (92%) value video content when researching purchase decisions — with 51% saying it is one of the most valuable content formats.

At Brightcove PLAY 2019, progressive video content creators for businesses across a variety of verticals came together to learn tips, best practices and processes for producing video content that resonates with their audience and promotes engagement. Thought leaders and experts shared a variety of metrics highlighting the growing prominence of video in the marketplace, including:

“In 2007, streaming services started coming online. Today, everyone is spoiled, and they are getting video on their phones, TVs, tablet and more,” said Charles Chu, Chief Product Officer of Brightcove, during the opening keynote at the event. “Video is now a major driver behind some of the biggest tech trends in the world.”

Video has become so much of a staple content asset that many organizations are now looking to video to help gain, engage and retain audience attention and provide value in their audiences’ preferred mode of education.

“You need to understand what your viewers like and don't like, [as well as] their behavior patterns,” Chu added. “Despite all the numbers, [businesses] are still just waking up to the power of video.”

While understanding buyer preferences is a necessity, experts on stage noted that many video content creators still focus on the finer details — such as format, length, etc. — to lead video creation. Industry expert and marketing keynote speaker Andrew Davis noted that, if your video content can hold buyer attention, then it is considered a success.

“Everyone says that our audience has the attention span of a goldfish,” Davis said during his keynote presentation. “We need to quit blaming the goldfish; our audience is capable of paying attention as long as we grab and hold their attention.”

Davis shared a concept called the “Curiosity Gap,” which video creators must mind and consider when producing content that aims to gain and retain audience attention.

“The curiosity gap is just a void between what the audience knows and what they want to know,” Davis said. “If we want to create video content that earns our audience's attention and maintains their attention over time, we must create curiosity.”

To overcome the curiosity gap, Davis noted that video creators need two key ingredients: time and tension. “It’s the emotional anxiety when there is a gap between what we know and what we want to know,” Davis added. Ultimately, the payoff must be proportional to the tension you build for the audience to view the content as worthy of their attention.

“Find ways to plant small curiosities all along the way to keep people engaged and interested in your content. Because if we eliminate our audience’s desire to be able to ask even one single question, we eliminate their interest in our invitation for them to chase those answers.”

ADVERTISEMENT
Creating these curiosities may require your team to break through the status quo of their business content to target topics and subject matters that may be considered out of the norm. One example highlighted onstage at Brightcove PLAY was from Xero, a cloud-based accounting software platform for SMBs. The company created a dystopian-like video of what the future might look like with the power of AI technology within small businesses. However, it was so risqué that the company decided to pull its brand from video and let the director publish it on its own.

“I think a lot of corporate organizations struggle with pushing the barriers,” said Pat Macfie, Global Director of Media at Xero, during his presentation. “But I mean, the reality is that you need to take risks — it’s so easy to just stay in your lane. Number one, you need to really be good at creating the space to innovate. And number two, you need to get really good at falling flat on your face.”

The video ultimately went viral, and the company learned that even though the video content went against what the company normally publishes, it could have helped greatly in terms of brand awareness and engaging audiences who have more questions about the industry.

“It was absolutely massive. Around the world, it generated millions and millions of views, and millions of dollars’ worth of earned media,” Macfie said. “It was really tough to take; I could write a eulogy about what happened and what we should have done. But at the end of the day, if you're going to be a maverick, you must dare to be different. Then, you must have the courage to follow through. Because if you don't, you could miss the biggest opportunity of your life.”

One of the recurring themes presented throughout Brightcove PLAY 2019 was that video is one of the few content formats that better positions businesses to tell unique stories in an engaging way. However, the process of producing that type of story for video can be a daunting task.

During a session with Marcus Sheridan, industry author and keynote speaker, he shared seven questions marketing teams must ask themselves about their video content to produce stories that can ultimately provide memorable customer experiences.