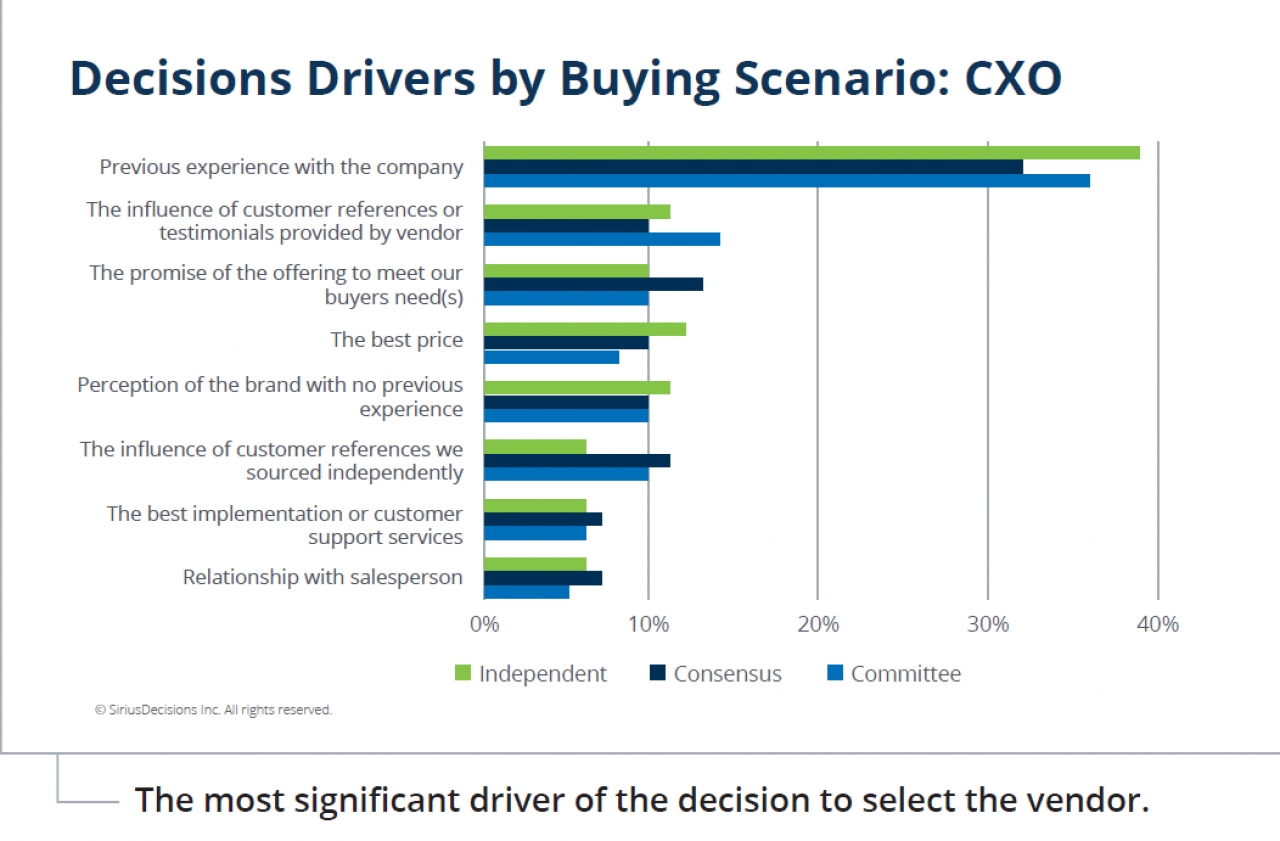 New research from SiriusDecisions — based on B2B buyer behavior over the past year — has revealed that taking an audience-centric approach to marketing throughout each stage of the buying decision has a positive impact no matter the buying scenario — an individual, a consensus or a buying committee. Other than previous experience with the vendor, the top-two decision drivers were the influence of customer references or testimonials and the abilities for vendors to meet the specific buyer’s needs.

ADVERTISEMENT
The study surveyed more than 860 global B2B marketers on their buying preferences. Close to half (49%) labeled themselves a decision maker for purchases in their company, while 44% considered themselves an influencer.

“Audience-centric marketing is increasingly a requirement for intelligent growth,” said Christina McKeon, Service Director of Portfolio Marketing for SiriusDecisions, in a statement. “The ability to granularly explore data on specific buyers and their preferences have a dramatic impact in developing effective messaging, campaigns and programs to reach those buyers, which improves go-to-market strategies and ultimately enhances revenue growth.”

The study also aimed to better understand the impact of content on purchase decisions based on the buyer’s location in the journey. Sixty-five percent of respondents said third-party analyst reports were the most meaningful or impactful content type during the “education” phase. During the “solution” phase, sales presentations (29%) and case studies (27%) were considered the most impactful. In the “selection” phase, analyst reports and sales presentations were considered the most impactful.

Other additional findings from the report include: