The Wall Street Journal ran an article last month with the headline, “Why Email No Longer Rules...,” which read like an obituary for email marketing. “Email has had a good run as king of communications. But its reign is over,” the Journal article stated. “In its place, a new generation of services is starting to take hold—services like Twitter and Facebook and countless others vying for a piece of the new world.” 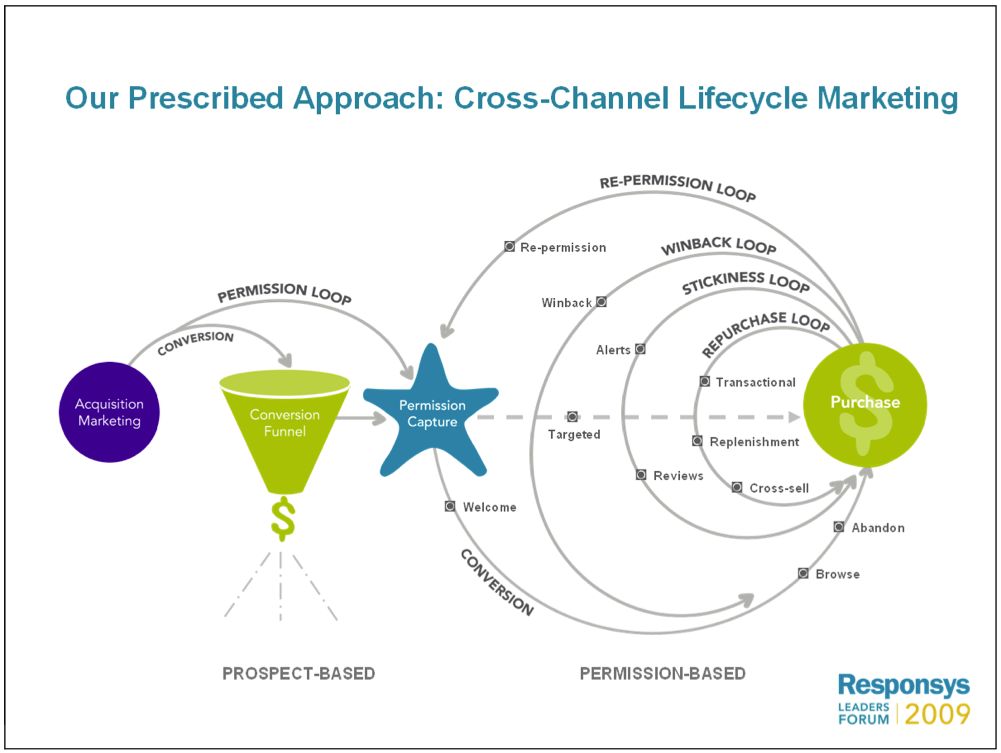 While the article posed some interesting questions about how new services like Google Wave could change the communications landscape by creating a “constant stream of interaction among users,” it also ruffled quite a few feathers among email service providers.  Responsys CMO Scott Olrich used the company’s recent Leaders Forum conference to address the changing landscape of communications channels.

Pointing out that newspaper circulation has declined more than 17% percent over the past seven years and network TV viewership declined 10% in 2008, Olrich argued that electronic media formats are becoming even more important as companies adopt what Olrich defined as “cross-channel lifecycle marketing.”

Even as customers channel preferences have changed, Olrich argued that email will remain a cornerstone of marketing. “Emerging channels are not killing email, they are actually making the channel even more dynamic and powerful,” Olrich said. Illustrating this point, he cited that just as the number of smart phones climbed to 165 million in 2008 and Facebook has registered 300 million users, email is still expected to grow at a rate of 11% from 2009 through 2014.

“Channel power and preference has changed forever,” Olrich said. “That means the email marketer’s job has changed forever. Now you own key conversion points on the mobile, social and key conversion points on the web too.” He argued that the same teams which have been driving the email marketing strategy within organizations will be the most logical to build integrated approaches for the emerging channels. “Social and mobile are natural extensions of your email and lifecycle marketing strategy and domain expertise.”

Since marketing across social and mobile channels starts with permission, Olrich told attendees at the event, “You are in the best position to drive efficiencies in campaign deployment and cross channel coordination.”

To shape the cross channel lifecycle approach, Olrich layed out a new model for a conversion funnel which connects different marketing phases to the permission capture process. The model included: a “repurchase loop” (build around transactional messaging); a “stickiness loop” (using reviews, alerts and other relationship-based enagement); a “winback loop” (using re-engagement messaging), and a “re-permission loop.”

Any signs of email marketing being replaced by social media are also contradicted by the performance of email service providers. Constant Contact recently reported their third quarter revenue increased 47% compared to the same period in 2008. The company ended the quarter with over 324,200 email marketing customers, an increase of 42% compared to the same period the year prior.