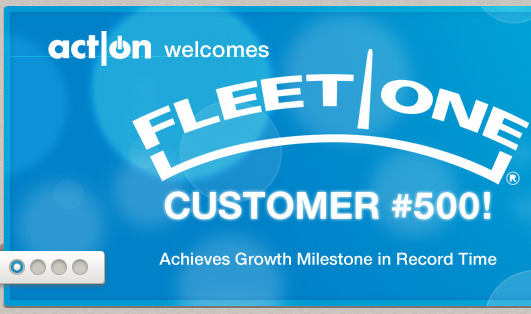 Act-On Software today announced that the company has exceeded the 500th customer mark in less than two years. News of the milestone follows a record Q3 for Act-On, during which the company saw a 400% year-over-year growth, and added 164 new customers.

The company’s momentum is anticipated to continue rapidly, according to CEO Raghu Raghavan. “Act-On should hit 700 customers by the end of 2011 and 1,000+ by the end of Q1 2012,” he told DemandGen Report. “We're extremely pleased by this phenomenal growth and are planning accordingly by scaling the post-sales side of the business now so as to ensure that everyone is successful going forward.”

Raghavan said a key driver of Act-On’s Q3 growth was the recent launch of its Hot Prospects solution, a real-time lead and opportunity barometer designed to provide a graphical dashboard within Salesforce.com. The solution is aimed at helping salespeople focus on ready-to-buy prospects.

To accommodate its growth, Act-On moved to larger offices in Beaverton, OR, and Roseville, CA, and opened a Silicon Valley office in Menlo Park, CA in Q3.

Act-On has big plans to expand various components of its business model, according to Raghavan, including a greater international presence to cater to the rapidly growing European market. Additionally, the company will enhance its current service offerings to cater to its customers’ growing needs.

Raghavan said the company plans to add more socially focused functionality. “Our social media prospector is hugely popular, but to drive adoption by a larger user base, there are multiple enhancements we’re incorporating to make it truly market leading.” Moreover, Act-On will be creating tools geared toward sales enablement, to help bridge the gap between marketing and sales, and enhance efficiency.

In July 2011, Act-On acquired the assets of marketing automation solution provider Marketbright, and Raghavan hinted another acquisition could be on the horizon. “If all goes according to plan, three months from now there may be another big announcement about another company we've acquired.”

While Marketo has dominated the headlines over the past few weeks with the announcement of $50 million in new funding and talk of a possible IPO,  Raghavan noted that Act-On is not currently considering an IPO for the near future and expressed doubts that others in the space are ready to be successful in the public markets. “To be a public company today you need to be at about $100 million in revenue,” he noted. “While you can go public at lower revenues, nobody will pay attention to you. The stock will have little to no uptick and as a result, no one will buy it.”

Raghavan said that a company considering going public needs to be growing at 30-40% a year and have a gross margin up in the 80% range.  “If you have those kinds of metrics and are growing it makes sense to go public,” he said.