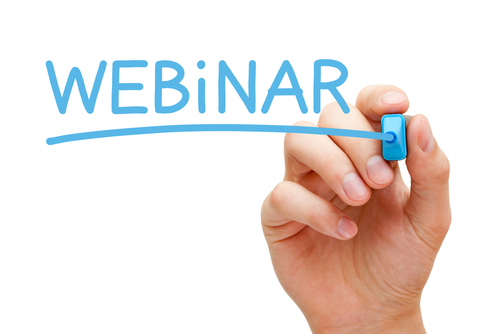 Lead generation remains a primary focus of B2B marketers, but many prospects fall through the cracks before they can even be qualified as a lead for the sales team. In a recent webinar titled: 3 Ways To Convert More Prospects Into Leads, speakers outlined the steps that B2B marketers need to take to properly nurture leads: relevant content, timely follow-up and effective lead scoring.

According to Craig Elias, creator of Trigger Event Selling and Chief Catalyst of SHiFT Selling, B2B marketers need to align their content with the events that trigger a purchase.

“What I think is the most important is that you need to do some analysis,” said Elias. “What was the event that led to the purchase? Content will jump out at them when they have an event that triggers the content to stand out more.”

Webinars continue to be one most widely used lead generation and nurturing tools. But according to Ardath Albee, CEO and B2B Marketing Strategist at Marketing Interactions, B2B marketers could be getting more mileage out of the content in their webinars.

“There are tons of ideas for what you can do with all of this content,” said Albee. “And the beauty behind it is that you aren’t jumping around from one piece of content to the other; it all builds off of one another, kind of like how a story builds.”

Elias cited a statistic from a lead response management study done by MIT that stated web-generated leads were 900% more likely to buy from a company if the follow up occurs within five minutes after the event concluded. Yet, only 0.6% of companies that have prospects fill out forms follow up within five minutes.

“One of the first questions I ask, since I don’t want to try and sell them right away, is what about the material resonated with the user?,” said Elias. “You will figure out what aspects of your content is the trigger, which will help you later on when creating more content aimed towards that target audience.”

According to an infographic from DiscoverOrg, the high-value leads are the prospects that have recently changed jobs. Elias states that 75% of recently hired IT executives start three or more programs within a year and of that group, 42% spent at least $500,000 on new programs in their first three months at the new job. Also, 80% of new hires that spend more than $1 million on new initiatives did so within three months of hiring.

“Instead of taking bounced emails off of your list, you should follow up on them and try to figure out where they are currently,” said Elias. “This is a great way to open up potential opportunities.”

Jon Miller, VP of Marketing Content and Strategy at Marketo, said that B2B marketers can lose prospects without a well-defined lead scoring and nurturing program.

“Just because someone attended a webinar, it doesn’t qualify them as a lead,” said Miller. “You need to keep in touch with them throughout their buyer’s journey so when their desire grows to the point where they can make a purchase, you can get your sales team involved as soon as possible.”

Miller said another important factor when nurturing leads is to make sure the messaging is appropriate for the buyer’s stage in the sales cycle. “If I had to summarize lead nurturing up in one word, it would be relevance. If you aren’t relevant as you’re trying to maintain this relationship, your prospects are going to opt out.”