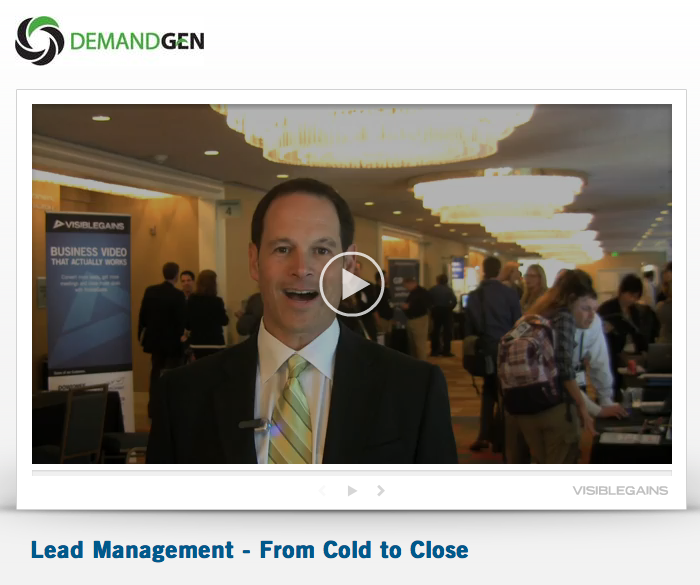 The sales and marketing funnel had three days in the spotlight during the inaugural DemandCon event, May 18-20 in San Francisco. Bringing together more than 60 industry speakers and approximately 300 attendees, the event featured blueprints of successful rollouts of integrated demand generation programs, and challenged the conventional thinking on the structure of the funnel.

In the opening keynote address, Jeff Ernst, Principal Analyst at Forrester Research, serving CMO and Marketing Leadership Professionals, took a somewhat controversial stand by encouraging sales and marketing executives to “bury the funnel.” Ernst said it was a myth that the funnel represents buyer behavior and suggested that rather than aligning marketing and sales, organizations must focus on alignment with the buyer.

“We have found that some of the companies who are best aligned on internal tactics are least aligned on buyers,” he said. “We are not suggested to totally do away with the funnel, but more putting it in its proper place. The funnel is a 110-year old concept that tries to model buyer behavior in a linear and narrowing fashion.”

Since the original funnel model was built around the concept of steadily moving a buyer from awareness to interest to desire to action, Ernst pointed out that it doesn’t really apply for the new buyer who goes through a different process of discovering, exploring and engaging.

“Today’s reality is behavior has changed such that buyers don’t necessarily go through awareness through buy stages,” he added. “They tend to become aware of more things as they are doing their web research, they become aware of more options and their consideration sets expand. Buyer behavior is not funnel shaped.”

Instead of modeling sales and marketing strategies around a top-down model, Ernst suggested companies should think about the buyer experience as a process that includes post-sale service and building ongoing loyalty.

While the content at DemandCon did challenge some of the conventional thinking around the sales and marketing funnel, it also showed a growing emphasis on a shared approach to revenue performance and measurement.

The event also presented some great real-world insights and case studies from practitioners, including a behind a video presentation offering a behind-the-scenes look at how DemandGen International helped Concur Technologies build a successful lead management system including lead scoring and nurture programs.