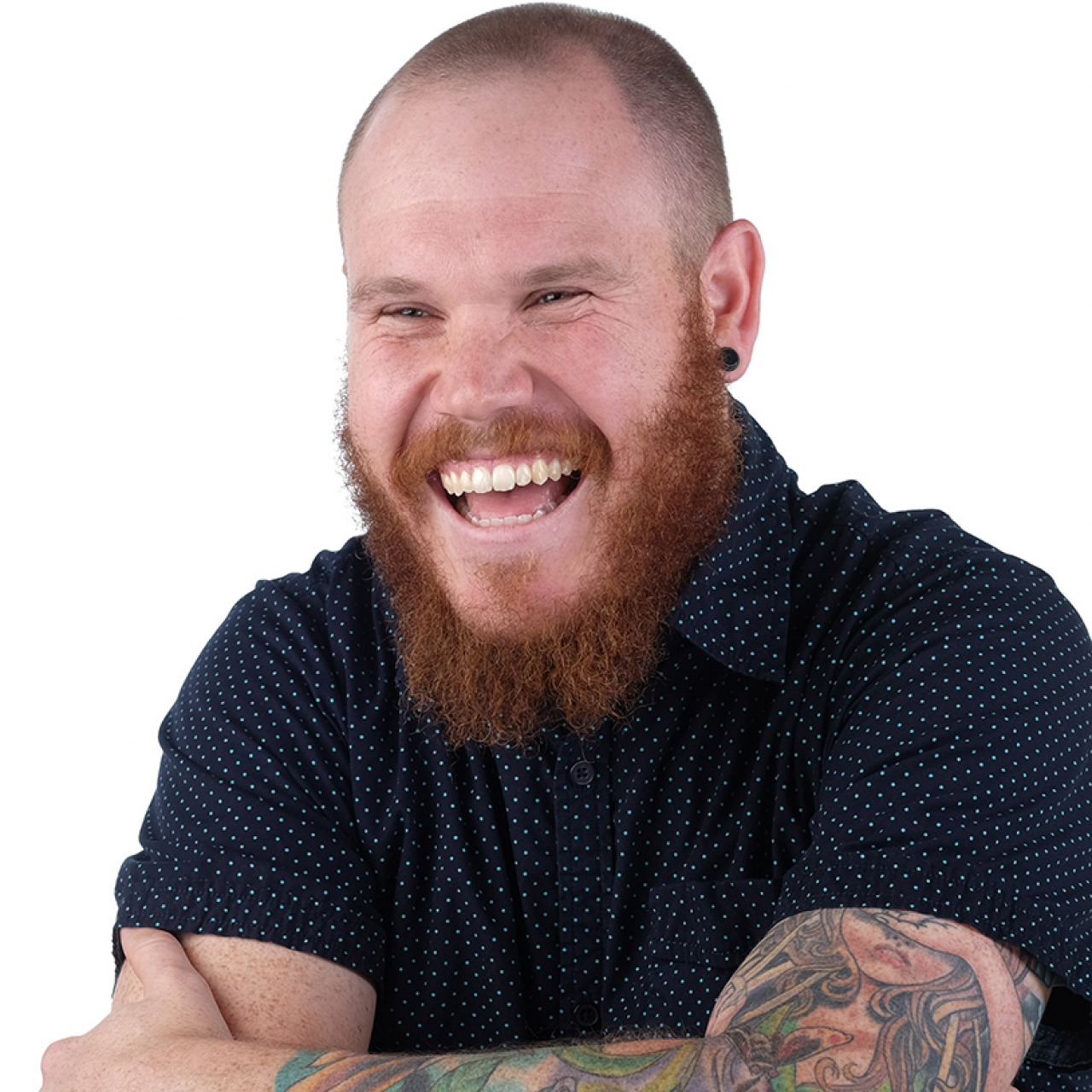 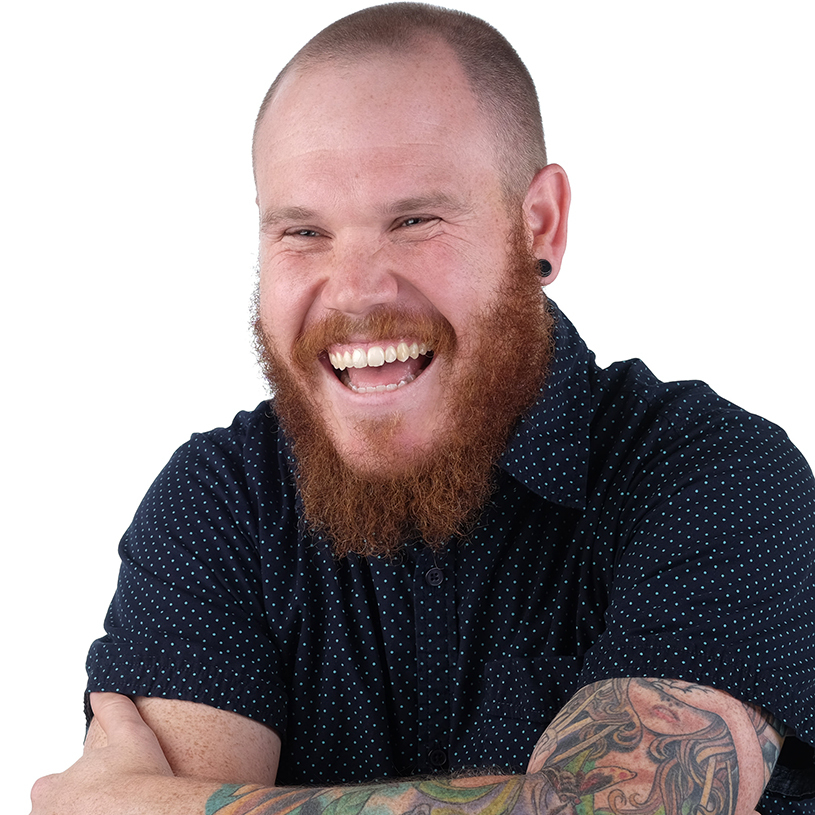 Every brand or enterprise is crafting and refining their digital strategy on a daily basis. However, especially in the world of B2B, companies fall into many of the same mistakes. 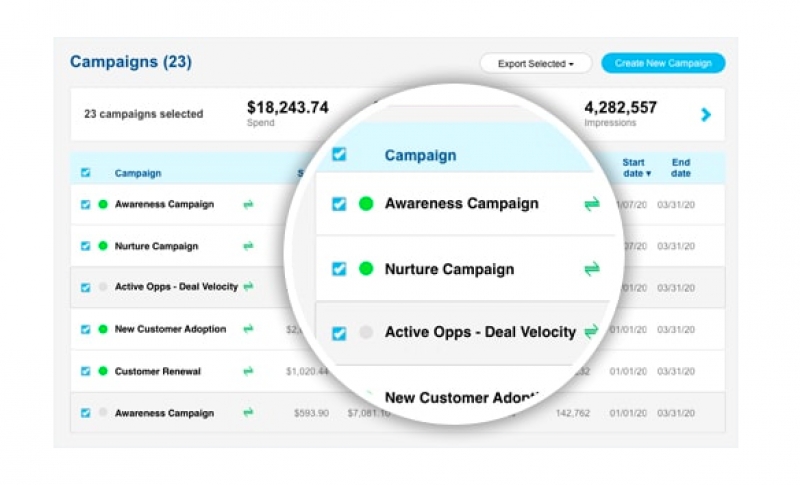 Demandbase is adding the Dynamic Audiences feature to its flagship ABM Platform, enabling B2B marketers to further automate their advertising and marketing campaigns. Powered by Artificial Intelligence, Dynamic Audiences is designed to automate the targeting of specific accounts with specific messages based on sales stage, intent, website engagement and other buyer data. 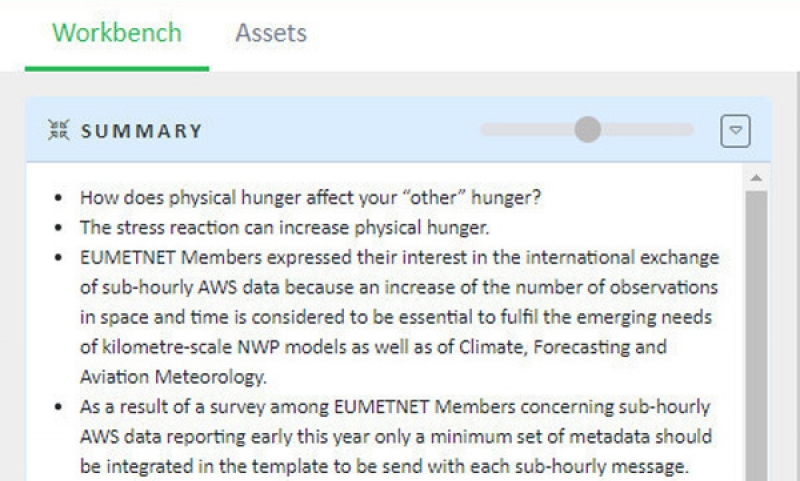 SDL, a global language and content management solutions provider, unveiled its SDL Content Assistant, a tool that aims to create easily digestible copy from lengthy documents via extracts and snippets. 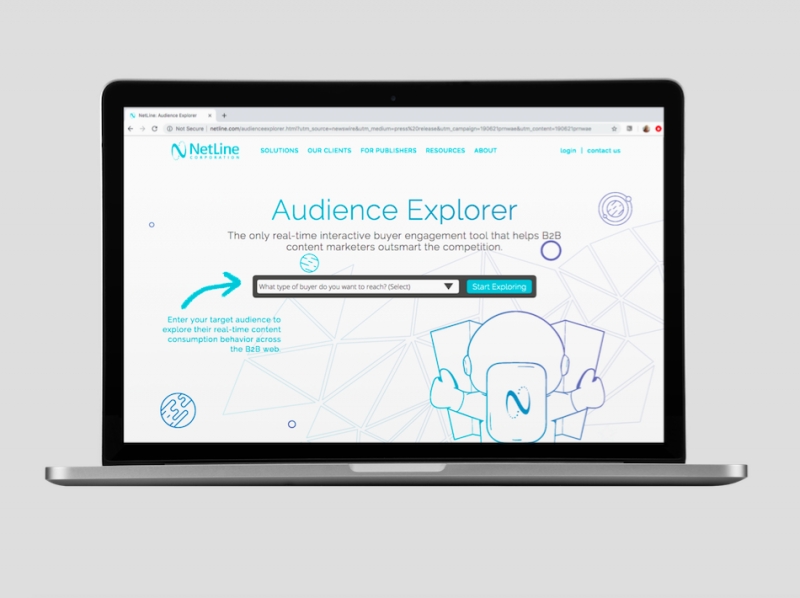 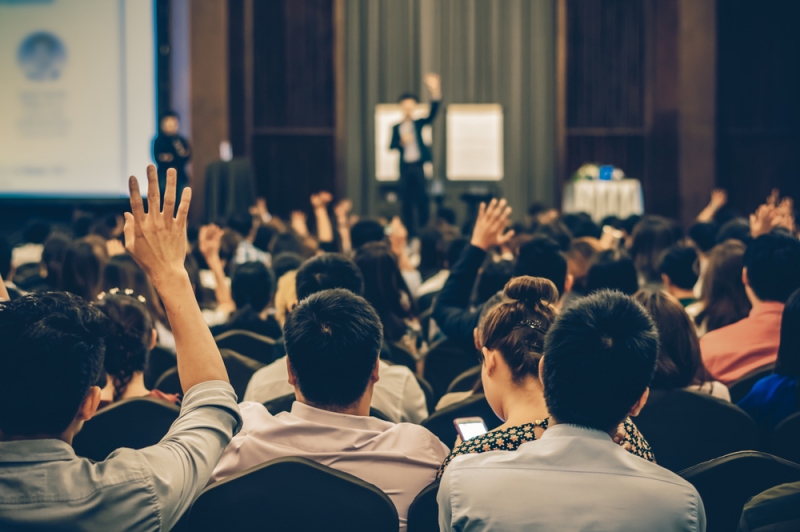 Event marketing is having a major moment in B2B right now. Multiple research reports indicate a rise in event marketing spend and success, while event technology vendors have built a strong presence in the B2B martech landscape.

Events have proven to be a top engagement tactic for all the stages of the funnel. New research from Demand Gen Report revealed that events were:

However, a top challenge for marketers is tying their event strategies back to revenue and measuring overall event success. While a recent Harvard Business Review study showed that 52% of respondents said event marketing drives more business value than other marketing channels, only 23% admitted they can calculate ROI for events.

Companies such as Microsoft, Red Hat and Morningstar are taking unique approaches to engaging event attendees, prospects and clients at all stages of the event lifecycle — including pre-, during- and post-event — such as sending personalized follow-up event recaps, collecting important demographic data to determine the event agenda and more.

“I’ve been doing event marketing for about 10 years now. Over the past three years, I’ve seen the most acknowledgment of the influence of events on the funnel,” said Ben Hindman, Co-founder & CEO of Splash, an event marketing software. “What’s really exciting is that we started to see marketers look at events and try to predict their effect similar to how you’d see prediction in the demand generation space. We’re now finally starting to hear people say, ‘We can actually predict what events do to our funnel.’”

Leveraging Mobile Apps To Engage Attendees At All Event Stages

Mobile apps have been a staple at events for some time. But a majority of event organizers end up making them available to attendees for on-site interaction. Progressive B2B organizations are uncovering unique ways to incorporate their mobile apps into pre- and post-event engagement, according to Laura Ramos, VP and Principal Analyst at Forrester.

ADVERTISEMENT
“I think the big thing has been the idea of the mobile app for use during the event, but I’m not seeing a lot of that connected to what’s going on pre-event or post-event,” said Ramos. “It really still seems to be the implementations that I’ve seen very connected to being at the event. You’d think that if that were really a mobile app, you would get notifications weeks before the event saying, ‘Here’s a new speaker we added,’ or ‘Here is some new information on what we’re doing,’ or ‘Here are some other folks that you can expect to see there,’ and I see very little of that going on.”

Ramos suggests using the event app weeks before the event to help attendees set up their entire trip. It can even go as far as helping with travel arrangements and sharing personalized session recommendations.

“That app should say, ‘Based on our knowledge of your interest and things, here are the [sessions] that we think are important’ and ‘Here are the people you should meet with because we know they’re also going to be there,’” said Ramos. “It should manage their calendar, and what’s going on while they’re at the event. Then, have some sort of meaningful follow-up afterwards.”

Experts noted that personalizing post-event follow up can have a greater impact on engagement and possible conversion.

“Organizations do really well at the pre-event [stage] with highly personalized, more meaningful interactions and they’re optimizing better at the event, but we still have some room to grow in the post event follow-up,” said Brad Gillespie, VP of Enterprise & Corporate Marketing at Cvent, an event management solution provider.

One example of an effective post-event strategy is sending a personalized summary of the attendee’s event highlights. Red Hat, for example, sends follow-up trip reports to attendees, which highlight the sessions they attended and share additional content based on what they did before and during the event, according to Matthew Camuso, Researcher at Forrester. “It would be customized based on target stage in the buyer journey, among other things,” he said.

Ramos added that this strategy also helped attendees justify their trips to their bosses. “The problem that [Red Hat] was looking to solve is that, before the event, people would say they can’t justify it,” she said. “So instead of just sending them a survey to ask how they liked the event, they would collect data [during the event]. They would look at their badge scans to see which sessions they went to and put all of that together in a trip report format. The intention was, ‘Take this, modify it slightly and give it to your boss, so you wouldn’t have to build it all from scratch every time you went.’”

Another example Ramos noted was Microsoft, which spent a lot of time working out post-event marketing automation and nurturing streams.

“Depending on the degree of interaction, if somebody said, ‘Yes. Scan my badge. Send me someone or something, or have someone get in contact with me,’ that went into a specific nurturing stream, as opposed to somebody that just may have scanned the badge, took something and not had any sort of engagement at the booth,” said Ramos. “They thought through all those scenarios, and they had very specific nurturing streams for someone who is considered to be a high score for that event in terms of engagement, medium score or a low score.”

These days, people have more reasons to attend events or not than ever before, and they have many to choose from. That means, having a specific audience-centric mindset and catering to their needs with relevant content on the agenda to compel them to attend is table stakes, experts noted.

“Most organizations have always known what the audience makeup is, but now, they’re looking deeper and asking, ‘Do we have enough content in our programming and in our agenda to compel someone to come to our event?’” said Cvent’s Gillespie. “Now, organizations are doing a better job of looking at the mix of the audience. That could be by role, function, persona or industry, any dimensions that exist in their business to make sure the agenda has something for everyone. Having a personalized agenda for my role or for my attendee type — that’s much more common today than it was just a few years ago.”

For example, Morningstar, an investment research company, asked registrants to provide specific demographic data as part of the registration process instead of capturing it during a post-event survey follow-up. According to Cvent, this results in 100% visibility into the attendee base prior to the event, which allowed Morningstar to improve programming and even provide the right data to conference sponsors before the event. Using the event platform, Morningstar was able to successfully collect 80% of attendee demographic data.

To prevent the assumption that any or all leads from an event are ready to talk with sales, veteran B2B companies focus heavily on engagement with leads at the event to determine lead priority, according to Gillespie.

“We still too often jump the gun to think that the attendee is ready for a sales interaction when perhaps they’re not,” he said. “Perhaps they need to be nurtured. That is in the three big pieces of an event: pre, during and post. That’s the one we can all improve upon the most. The good news there is event technology plays a really critical role, because it helps you capture attendee behavior, draw insights from that behavior, couple those insights with all of the other insights we already have, and do a better job of scoring what’s the next step action.”

Gillespie advises that capturing meaningful data around interactions made with an individual — and not just scoring them based on a one to five score or a sales rep’s gut feeling — is critical.

“Best practice number one is to capture the data and maintain the standards you have for what a good lead looks like: definition of a lead, level of a lead, etc.,” said Gillespie. “Best practice number two is don’t leave the data behind. Take the data with you and make it as automated as possible. Having the most timely, relevant follow-up is going to depend on your ability to capture the true nature of the interaction and to be able to as quickly as efficiently you can get to the next follow-up with the right next offer or interaction to put in front of that individual.”

It comes down to working closely with sales to determine their lead requirements and getting the right information on what is considered a qualified lead based on the attendee’s engagement at an event.

“What excites me about events and why I see them as so challenging often is that it’s the only true marketing activity that I know of that is triggered by salespeople,” said Splash’s Hindman.

“Get compliance from your salespeople, get them actually to do what you need them to do so you can collect a level of clean data. Once you do that, once you’ve set things up right in your CRM, once you’re understanding and you’re thinking about time, and once you’ve created the culture of systematizing what you’re doing, really at that point, the next step is setting benchmarks and starting to track the stuff.” 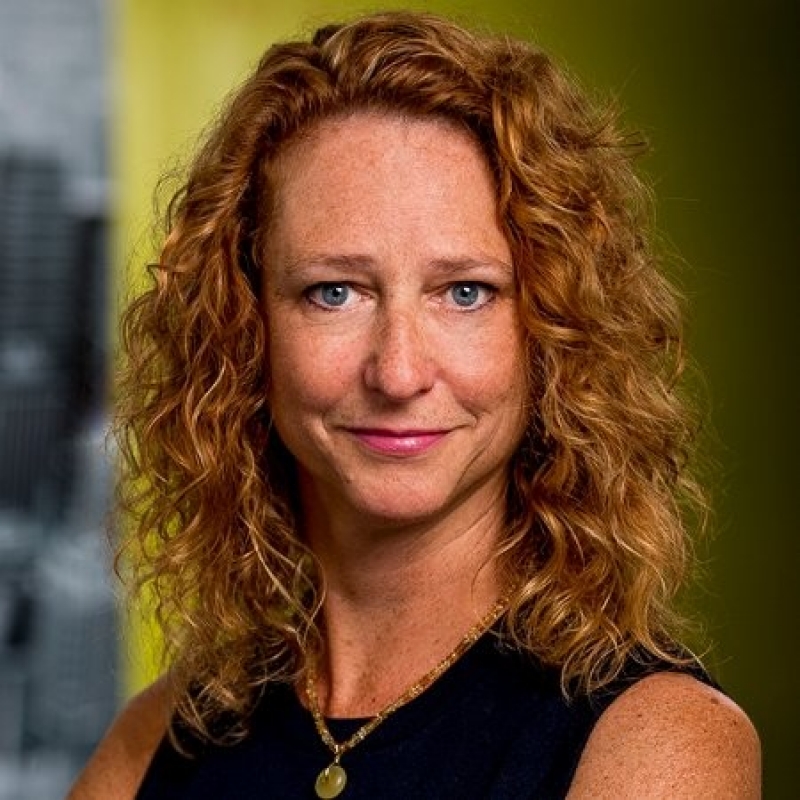 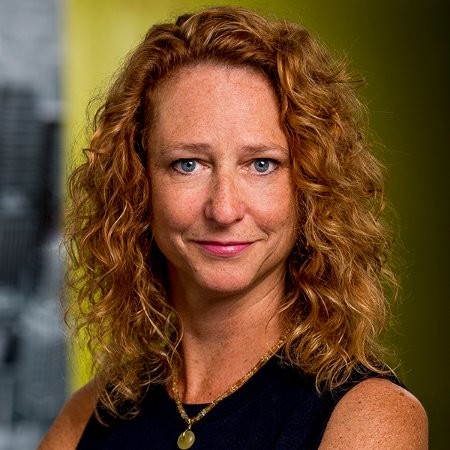 Your SKO (sales kickoff) is no ordinary sales meeting; it’s the time to communicate your goals for the year ahead and reinvigorate reps to continue putting their best foot forward. However, it can be difficult garnering and holding your sellers’ attention enough for them to retain what they learn and leverage that knowledge throughout the year. 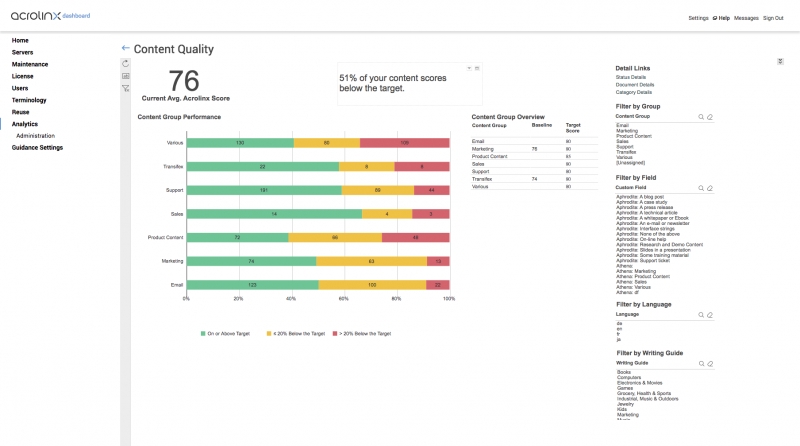 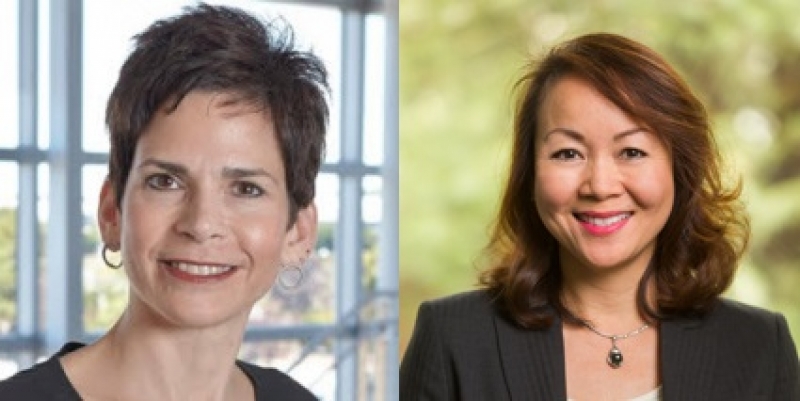 Despite substantial investments in expanding their content library to engage buyers, research from SiriusDecisions shows messaging is still missing the mark with audiences and internal sales teams.

The challenges around creating audience-centric content and getting sales teams to successfully utilize that content will be addressed in two of sessions during the B2B Marketing Exchange, taking place next week (February 19-21) in Scottsdale, AZ. Analysts from SiriusDecisions, Phyllis Davidson and Rachel Young, will be kicking off our Content2Conversion and Sales Impact Summit tracks (respectively), at the event, and Demand Gen Report caught up with the two thought leaders to get a preview of their sessions. 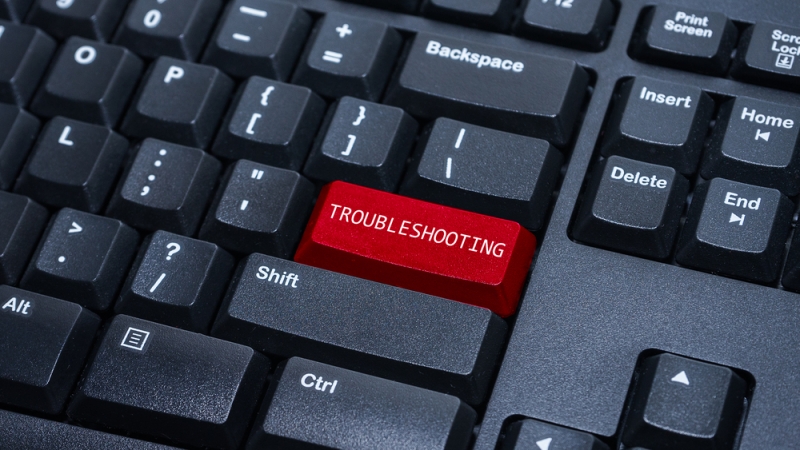 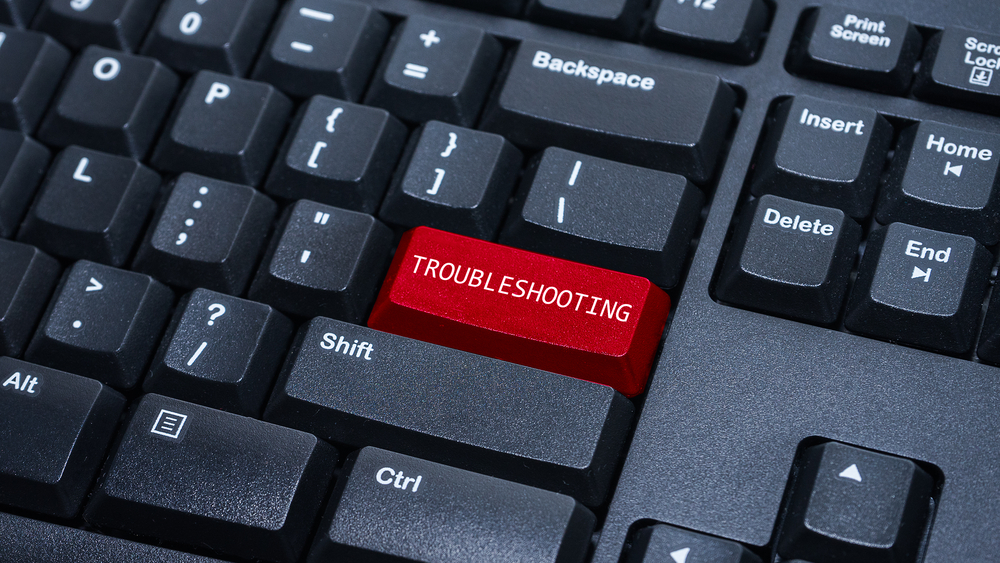 We’ve all been there before. We spend weeks — even months — developing a piece of content. And we do all the right things: we receive buy-in from all key stakeholders, interview subject-matter experts, conduct extensive research and collaborate with design to ensure everything was executed flawlessly. But when we finally launch the asset, we find that it’s not generating the leads we expected. What went wrong? 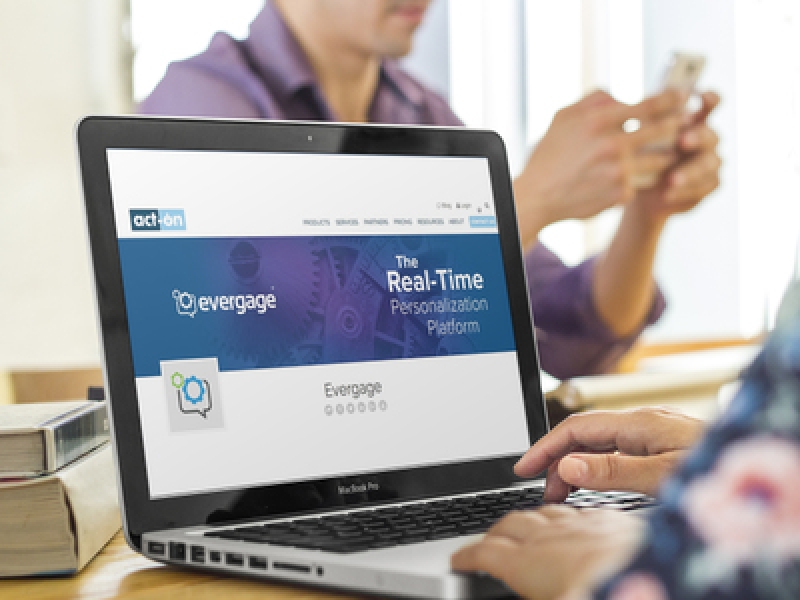