Editor’s Note: This Demanding View is the first of a two-part series of articles from Hawthorne Direct. 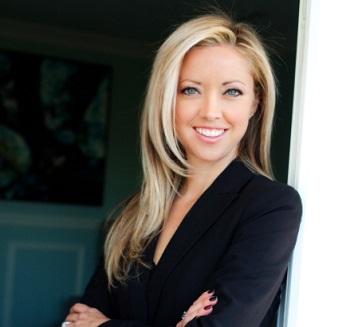 Neuroscience is traditionally the realm of medicine and scientific research, but it has exciting applications for advertising. By focusing primarily on how the structure and function of the brain impacts consumer behavior, the use of neuroscience as part of marketing and advertising can remedy shortcomings of more “conventional” methods.

Conventional methods — such as surveys, focus groups and observation — all have demonstrable value and won’t be phased out anytime soon. However, they do have limitations. Despite the best of intentions, consumers may give every indication that they are willing to express their opinions honestly and accurately, but research consistently shows they are often unwilling or unable to actually do so.

There are a number of reasons for this. One is that some people (and, in fact, entire cultures) view negativism as a lack of respect. This can make it difficult for people to answer honestly when their perception is less than glowing. Secondly, the subconscious mind is much busier and hastier than the conscious mind, processing more information at a faster pace. The sheer speed and volume of this activity renders us unable to keep up with what’s going on in our own brains. And third, while we almost invariably think of ourselves as logical decision makers, we are subject to long-held biases and conditioned responses we never even knew we had.

Professor Antonio Damasio, a leading expert in neuroscience, once wrote, “Over time, emotions and their corresponding bodily change(s) become associated with particular situations and their past outcomes.” Research consistently shows that these emotions have a direct impact on consumer decisions. To achieve the best results, marketers and advertisers need to understand how these emotional responses work.

ADVERTISEMENT
Now, thanks to significant advances in computing, software and resulting algorithms, it’s possible to accurately test emotional responses and adjust for them. This lays the groundwork to create strong emotional connections between customers and brands.

In this first article, I will dive into one prime example of how brands can draw on the findings of neuroscience to enhance their advertising campaigns, followed by three more examples in the second article of the series.

A Picture Is Worth A Thousand Words

Despite confusion over where this proverb came from, “a picture is worth a thousand words” hits on a universal truth. Humans remember pictures and images more easily than words in what is known as the Picture Superiority Effect.

According to Dr. John Medina, a developmental molecular biologist, we are likely to remember just 10% of a piece of written information three days later, whereas the inclusion of a relevant image boosts that figure to about 65%.

Relevance is, of course, the operative term here. Dramatic images may attract attention, but they do little to help us remember an associated message unless the message is related to the image. To our brains, pictures and images are perceived as a “shortcut.” When we read, we don’t see words as letters connected in a certain order; we remember them for the meaning they evoke, which we tend to translate visually anyway.

A well-purposed and relevant visual eliminates a step from the recall process. It also reinforces the meaning already attached to the words themselves. In other words, if someone were to tell you to “think of an elephant,” your brain wouldn’t go straight to connecting the eight letters comprising the word, but rather to the visual representation of the word itself.

Hawthorne leveraged this neuroscientific principle in a campaign for Gemmy’s Points of Light™, which makes colorful lighting and decor solutions for holidays and homes. The ad depicts the product in action, creating a dramatic visual that makes people take notice — much more so than if you were simply told what the product does. As the spot draws to a close, the impression of the lighting display stays with you long after you’ve finished watching the commercial. You “get” immediately what this product does and why you need it.

The Picture Superiority Effect is just one way marketers and advertisers can up their game. In the next article, I will dive into how pessimism bias, social validation and acoustic coding can be similarly powerful.

Jessica Hawthorne-Castro is the CEO of Hawthorne Direct, an award-winning technology-based advertising agency specializing in analytics and accountable brand campaigns for over 30-years. Hawthorne has a legacy of ad industry leadership by being a visionary in combining the art of right-brain creativity with the science of left-brain data analytics and neuroscience. Jessica’s role principally involves fostering long-standing client relationships with the company's expansive base of Fortune 500 brands to develop highly strategic and measurable advertising campaigns, designed to ignite immediate consumer response.

Partnerships As A Growth Channel: What The Fastest…