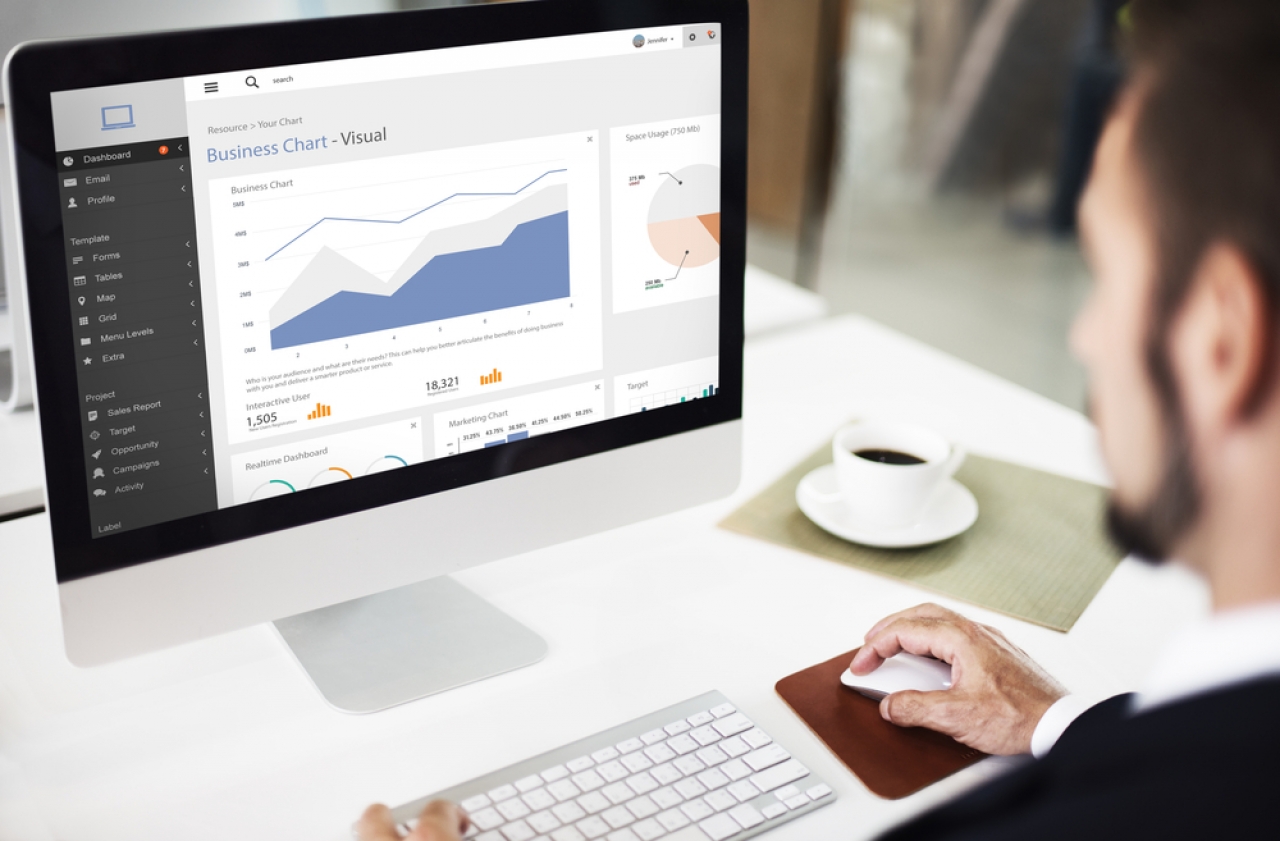 B2B marketers are not only tasked with communicating their value proposition to prospective customers, but also with their internal teams. To help project the impact and intelligence gathered by their programs, companies such as Cox Media, SAP and Box are finding success by leveraging data visualization tools to communicate achievements and refine campaigns.

"When you're trying to sell, it's important to be visual,” said Dan Glicksman, Senior Manager of National Lead and Demand Generation at Cox Media. “With convincing your higher-ups and getting buy-in, how should it be any different? I can't tell you how many times I've told a story one way, came back with [visualizations] and saw the receptivity of the information increase."

For example, Box framed its marketing strategy around SiriusDecisions’ Demand Unit Waterfall, which is popular in the marketing realm but can be easily misunderstood by senior-level executives who aren’t living and breathing it every day. Michael Xu, Director of Marketing Strategy at Box, said that visualization enables his team to position data in this funnel format, allowing their executive team to gain the insights they are looking for while also having a better understanding on what is fueling their marketing efforts.

"You could put data into a table or Excel spreadsheet, but as soon as you put that data into visualization, you immediately help people make sense of it — even if they are not familiar with your [marketing] framework,” said Xu in an interview with Demand Gen Report. “In Tableau, for example, we can look at lead volume month-per-month, week-by-week to understand trends. The same goes for pipeline.”

“In our visualizations, we have the funnel visualized for [the CEO] with minimal data, such as traffic coming in through the top of the funnel and opportunities created in the middle,” said Xu. “It's easier to understand and gets everyone on the same page. As soon as our CMO shows that, our CEO gets it immediately and wants to learn more about how we are performing. A simple visual can really help convey the message to the CEO and the executive team.”

ADVERTISEMENT
In addition to providing the executive team the information they need, these visualizations also position Box’s marketing team to focus on the prospects with the biggest deal size to boost pipeline.

“More than half of our pipeline is coming from large deals,” said Xu. “We have a simple chart that shows the distribution of deal size for each customer segment. This helps us prioritize the deals that generate $100k or more in pipeline."

Spotting New Details In The Data

Industry thought leaders noted that data visualization can position marketers to uncover where they are finding success — as well as evaluate hypotheses when the reason for such success is uncertain.

"You might, for example, pull metrics and say a blog post is driving revenue, but data visualization shows that [in-article] advertisements are the real drivers on the page,” said Glicksman.

He added that there is more value in discussing those hypotheses than crunching the numbers. “I'm not saying numbers are hard, but pictures are worth 1,000 words.”

Glicksman added that data visualization at his company helped boost collaboration interdepartmentally and with senior level executives. A variety of BI tools on the market — such as Tableau and IBM Watson — are designed to help users create dashboards that are easily accessible and adaptable based on the needs of the reader.

"I can build out a reader that [my peers] can view [and] massage the data for themselves,” said Glicksman. “There is a very collaborative approach to data visualization. You can steer the conversations and enable other individuals to uncover more hypotheses. It allows the hypothesis maker to checkpoint it and [assess] without wasting time, while also having touch points in between so they don't crash."

Experts added that there is a lot of potential for data visualization to impact day-to-day marketing efforts, aside from measuring marketing performance. For example, Glicksman discussed how it is possible to use visualization to better segment target audiences and identify personas that were possibly overlooked.

"The big issue would be if there is good data on the backend and poor data on the front end,” he said, adding that this, in turn, impacts the overall accuracy of your measurements. “You must have a rock-solid CRM/MAP and your data strategy has to be top notch to get the most out of it."

"At Box, our [sales follow-up] process is the common lead-to-opportunity formula,” said Xu. “But when the SDRs convert leads to opportunities, there's no dollar value associated with that opportunity yet. The opportunity is then forwarded to the account rep to assign a dollar value. For us, we call this SQL to SQL+.”

If Box’s marketing team notices that there is a gap between the number of SQL opportunities and SQL+ opportunities, marketing can notify the account reps to make sure follow-ups are taking place.

“We remind the sales team that they need to help us put the dollar values in, otherwise marketing won’t get credit and we’ll ultimately be shortchanged,” said Xu.

With the right database, processes and interdepartmental alignment, data visualization can help marketers present information in a consumable format that is easy to understand and position their team to make business decisions based on that insight.

Industry experts also noted that visualization for the sake of visualization doesn’t bring any additional benefits to your efforts. In fact, it hinders your team by forcing them to put valuable time and resources into completing these visualizations. Bruce Brien, Chief Technology Officer at SiriusDecisions, noted that progressive B2B marketing teams are streamlining processes by having members detail how these visualizations will be used, as well as what their goals are for that insight.

"The idea is that you don't produce reports dashboards [for peers] that don't have a reason or decision being made from that data,” said Brien. “If I give you data, I want feedback on the data and what you're doing with that insight. If you're making changes to the business based on the insight, that's successful deployment and usage."

Brien highlighted SAP as a company that has formulated a successful, streamlined approach to data visualization. They do not perform any kind of visualizations for colleagues unless they have a reason for it and can report back with what that insight will be used for to advance business efforts.

“They actually require that you not only have the rationale for what the data will be used for but also ask that you do what you say you will do with the data,” said Brien. “They also provide feedback on what they learned from the data and what they plan to do with that insight.”

The ongoing need for interdepartmental alignment is also important to make the most out of visualization efforts, according to Brien. Most importantly, teams need to be aligned on:

"Once you're misaligned on goals and metrics, you have different versions of the truth,” said Brien. “Make sure you have a well-defined analytics layer you can model on, you have to put a lot of things in place to get to one version of the truth."