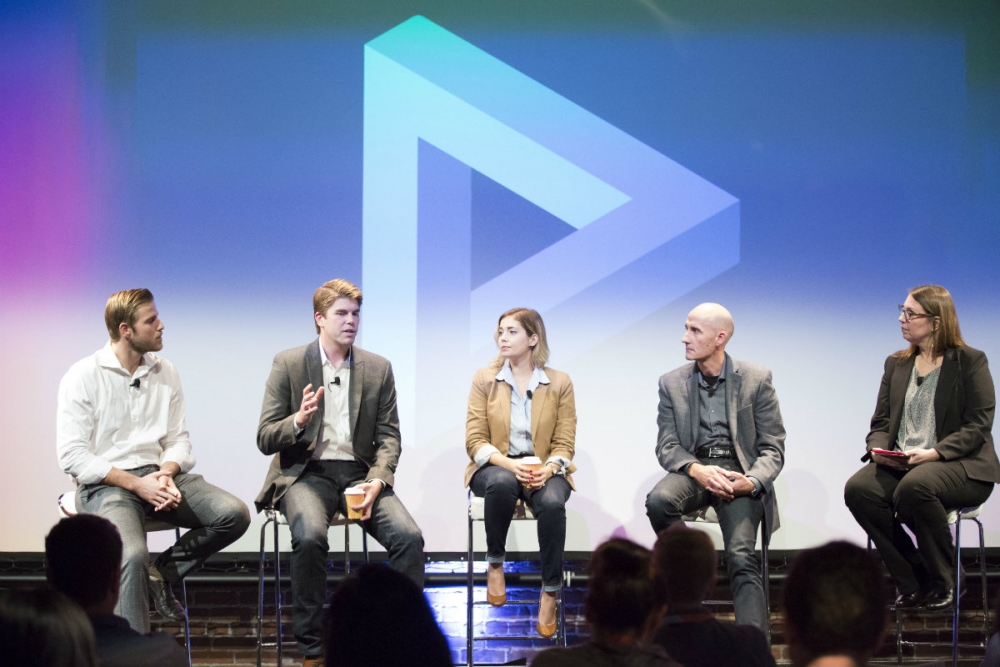 Video has become an effective tool for B2B marketers, and an appealing medium for buyers. Many marketers are using video strategically at every stage of the buying cycle, and those efforts are yielding good outcomes.

Earlier this month, I moderated a panel at Vidyard’s Viewtopia conference in San Francisco, which included four smart marketers from mid-sized companies who shared their video marketing expertise, as well as examples of some of their work. We covered a lot of ground in the session, but one thing all of them had in common that struck me was their keen focus on personalization and customization with their video efforts to appeal to very specific needs of prospects and customers. The video medium lends itself exceedingly well to this purpose.

For example, Stephanie Totty, Senior Content Strategy Manager at ExamSoft, has been using video marketing for a little over a year. Her company markets primarily to higher-education institutions and academia.

“We probably have about 12 verticals, or disciplines, we market to and they’re all looking to use our product for very different reasons,” Totty said.

ADVERTISEMENT
Video can help the marketing team address problems and needs on a granular level, she explained. “Video is an easy way for us to break out those stories and speak to a Dean of Nursing who is worried about ‘problem X’ vs. a faculty member for a law school who is worried about ‘problem Y.’ It’s more consumable, and it’s easier for us to get the right content in front of the right type of person.”

She also said that her team “put a lot of emphasis on making sure we have very specific problems [addressed for these] very specific types of buyers or influencers.”

Prior to that, the company had two marketing videos, and “as of last month, we have 450 videos,” Totty said. When ExamSoft launched its redesigned website in September, specific video content was made available for those target audience members depending on their needs.

“It was geared to having specific content marketed to each of our personas,” Totty said. “We focused on the value and the pain points that they would encounter. The video content changes [on the website] and matches to what they are looking for.”

Pat Oldenburg, Director of Digital Marketing and Operations at ServiceMax, also zeros in on specific pain points in the company’s marketing video trove. Oldenburg said he has two main charters in his role, he said: To drive awareness and create demand. “We use video throughout the entire funnel for awareness building and lead generation, but also for increasing engagement among customers and prospects, [as well as] sales enablement and training,” he said.

Video is the best way to communicate ServiceMax’s value to customers, Oldenburg said. “It seems to resonate for the business owners who are investing in our technology when we’re able to show them what their field service organizations are doing with their customers and how they affect peoples’ lives.”

From a strategic point of view, he said he uses a scoring model for qualifying sales leads. “What we hear from sales is that the demographic and ‘firmographic’ information is valuable, but we don’t want people to qualify just because of that information. We need to get more behavior, whether they’re bouncing around web pages or viewing videos.” He said video is the fastest way to see people that are engaged, and then sales can customize their messages to those contacts.

Another panelist, Travis Bickham, Head of Enterprise Marketing at Tradeshift, said his company is “very deep” in its video journey.

“We’re not only trying to go inbound with our videos, but we’re also using them for outbound, with an account-based model,” he said. “On the inbound side, we have third-party related videos. For example, we do a lot in Davos every year at the World Economic Forum. We get videos from partners like CNBC and TechCrunch.”

That content from other sources serves Tradeshift well at the top of the funnel to turn unknown into known leads. Bickham explained that “[in the] Mid-funnel we have our typical webinars, and then the bottom of the funnel is where we’re breaking that down into bite-sized demos that are really targeted and feature-specific.” If, for example, he finds a prospect that has a product score and an interest score tied to one feature, they will then create a custom video on the spot.

“Maybe it’s ‘spend analytics,’ for example. So we say, ‘let’s fire off this two-minute demo on spend analytics to these five leads with the trigger to have the sales person follow up,” Bickham said. “That’s how deep in the funnel we’re getting on an inbound model. On an outbound model, we’re actually going to the point where we are completely sacrificing reach because we’re making a video for 4 people. But it’s the buying committee of a tier one global company. If we get that opportunity, [then] that investment in that video is the best investment we’ve made all year. That’s how we’re trying to go deeper in the funnel and get hyper-specific, speaking to the business case for individual prospects.”