This article originally appeared on the BrightFunnel blog on July 26, 2017. 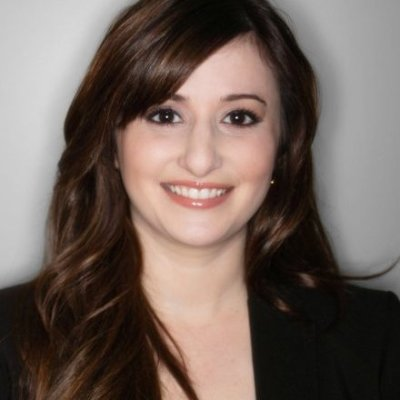 When I got into the office Tuesday morning, the first thing on my to-do list was to create a content program in Marketo for a new E-book we were launching. I opened my computer, filled up my water bottle and went to the Marketo login page.

I was immediately greeted by a very unfamiliar and ominous page that looked eerily like what happens when your website no longer exists. WTH.

I reloaded. I went incognito. Nothing. I turned to my demand gen manager who just got in and asked if she was having the same problem. She opened her computer and got the same page. We looked at each other in panic.

I immediately felt a sense of impending doom. OMG…what if Marketo is, like, no longer a company? What am I going to do? All of our emails, landing pages, forms, programs…everything is in Marketo. The marketing apocalypse has happened. The world has ended. Zombies are now going to descend on to Silicon Valley any minute.

I quickly checked Twitter and learned what had happened — Marketo had failed to renew their web domain causing a massive outage that basically stopped marketing in its tracks. Like, marketing around the world was done for the day.

ADVERTISEMENT
I am a pretty die-hard Marketo fan. As a former employee, I definitely bleed purple when it comes to marketing automation. And even though I am a VP in my current role, I am still in Marketo every day. So Marketo being down is a big deal.

When our service came back on I pried myself away from the hilarious Twitter feed to do some reflection on what had happened and how the day had progressed. Marketo-pocolypse got me thinking about some interesting things. Read on to learn more.

The Holy Grail Of SaaS Stickiness

No doubt the Twitter feed surrounding the Marketo incident was absolutely hilarious. I just couldn’t stop looking at the feed. However, through all the noise, what really stuck out to me was how many people’s jobs and businesses were incredibly handicapped by the Marketo outage. For a demand generation marketer whose job it is to run programs through Marketo, their productivity was completely halted. If you can’t log into the platform you spend your day in, what do you do?

Throughout the day there was a huge volume of Tweets from marketers who literally couldn’t do their day jobs because they couldn’t get into Marketo. There are very few software companies that have that type of stickiness.

For a SaaS company, while no one ever wants their software to go down, the type of stickiness exemplified during the Marketo outage is the true holy grail of SaaS adoption. The idea that your software is so deeply embedded in someone’s day-to-day that they can’t do their job without you is something every software company strives for. Working at a startup, we talk about this a lot — how do we make our product stickier? How do we ensure that our platform is part of a user’s daily workflow?

Well, bravo Marketo, you have truly achieved this goal. When Marketo went down, marketers could no longer do marketing — and that is a rare achievement in any software category.

During the outage, something else significant caught my attention — Marketo’s brand equity was actually carrying them through this disaster. Sure, people were upset, but what was even more apparent was the incredible community of marketers who believed in Marketo. They wanted Marketo to weather to storm.

You would think that when a software platform’s outage causes such significant business interruptions that people would be pissed. I mean, really angry. And people generally have no filters on social media, so I was expecting people to be tweeting some pretty nasty things at Marketo. However, what I saw were marketers coming together and almost making light of the situation. The Tweets were generally pretty hilarious and light-hearted. People genuinely cared about the brand and were rooting for them to get back up and running. In fact, someone that was part of the Marketo community actually paid for the domain renewal and the “Marketing Nation” loved it! This guy became everyone’s new hero for trying to help Marketo get back online.

This type of sentiment and positivity shows incredible brand equity. As someone who was part of the marketing team at Marketo for three years starting in Marketo’s pre-IPO days, this is something I am proud of. Marketo has built a brand strong enough for people to stand behind during tough times.

Achieving brand equity that helps you weather this type of storm is very rare and takes a long time to build. For many years, this was Marketo’s focus — creating and building a true community around their software — the Marketing Nation. I would say that they have been successful.

You can’t force the development of a true community. It is organic and comes with a lot of trust and loyalty on the part of your customers. As I am now working to build out the marketing org at BrightFunnel, this is something I think about a lot — how do I build that brand equity and trust?

The Marketo Meltdown was real and a day that a lot of marketers probably won’t soon forget. Yes, it interrupted my day and it sucked — but what I took away from it was a couple of lessons to help solidify some of the goals that we are trying to achieve at BrightFunnel.

Dayna Rothman is VP of Marketing and Sales Development at BrightFunnel, a leading marketing attribution platform. She is also the author of Lead Generation for Dummies and numerous LinkedIn Learning courses, such as Content Fundamentals, Blogging for Business, Advanced Lead Generation, and more. Prior to BrightFunnel, Dayna was VP of Marketing at EverString where she built out the brand, content, and demand team. She also ran content marketing at Marketo for over three years.