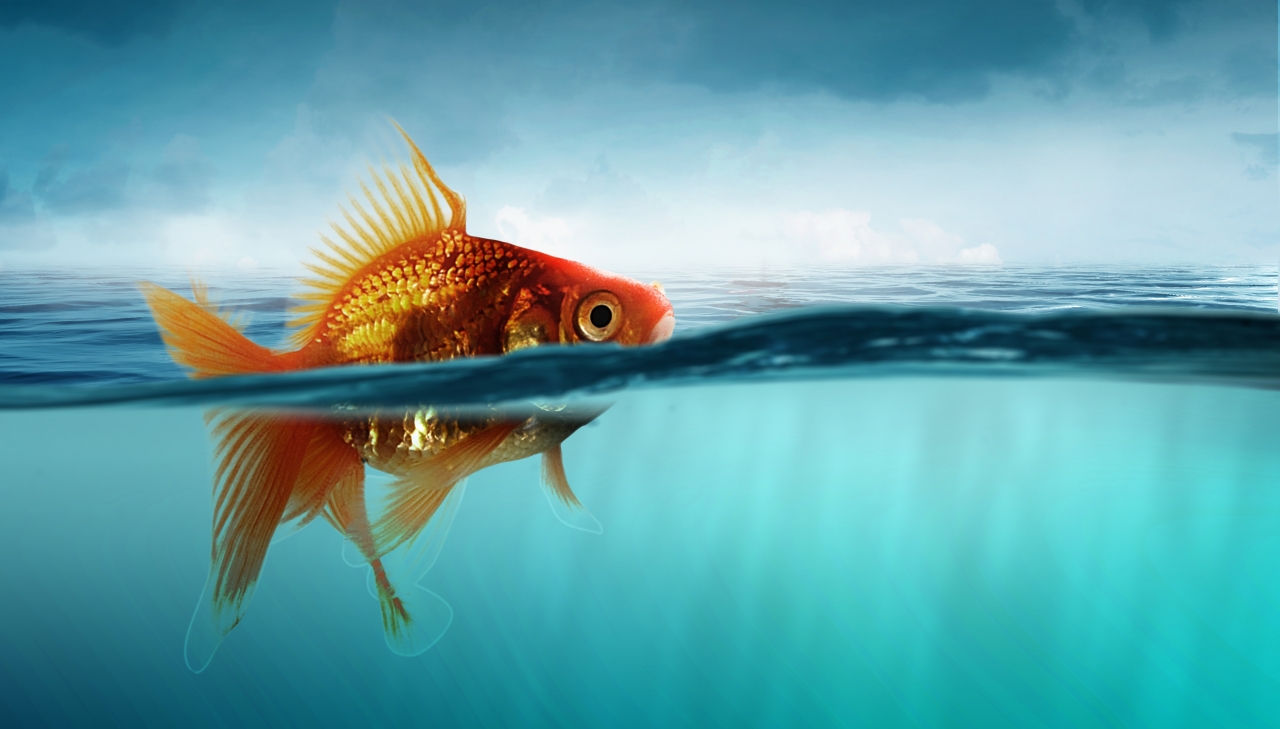 For nearly five years, we’ve been told that our attention spans are shorter than that of a goldfish. Study after study showed that people would lose concentration after eight seconds, while a goldfish’s attention span was nine. To address this new “reality,” content marketers invested heavily in short, snackable content formats that could quickly be consumed.

Fast forward to 2020 and you can officially toss the goldfish research out of the window. This was a common theme during the B2B Marketing Exchange (#B2BMX), as a variety of speakers debunked theories surrounding our ever-shrinking attention spans:

For example, Martin Scorsese’s 201-minute-long Netflix film “The Irishman” was watched by 17.1 million unique Netflix viewers in the U.S. in the first five days of its release. Furthermore, when the second season of Netflix’s series “You,” was released, 54 million people binge-watched it.

“We have eight hours to binge that crappy soap opera in one sitting,” Bruno said, referring to “You.” “It’s no longer about our attention spans shrinking. People are being highly selective in what they want to invest their attention in.”

Bruno highlighted 2019 research from Entrepreneur Magazine that showed 49% of executives in B2B are now more selective about content. In addition, six out of 10 said they’d give more content their undivided attention than they would a year ago. “They have the attention to give if you earn it,” said Bruno.

While B2B buyers may have less time to devote to consuming content, it doesn’t mean they will completely write-off long-form content — if it’s relevant and delivered the right way. Demand Gen Report’s 2019 Content Preferences Survey revealed:

But overall, B2B brands have a problem standing out — whether it’s through creating compelling content design or content consumption experiences. Ryan Brown, Head of Brand Strategy at Ceros, refers to most digital marketing today as the “mediocre middle.” While it certainly isn’t bad, it’s not good enough to remember, he explained.

Content stories and experiences aren’t differentiated enough for people to forge a strong connection between a specific piece of content and the brand itself, according to Brown. “If you put another logo on your content, would you even be able to tell the difference?” he asked during his session at #B2BMX.

ADVERTISEMENT
Brown explained that many B2B brands have mastered the first three levels of digital content, including narrative and visual elements, as well as integrated elements such as forms, chat and embedded content and apps. However, the final two levels — interactive and immersive elements — are critical to driving that deeper buyer engagement. These include customized or open content paths, gamification, customization and triggered animations and effects, dynamic content layers, and more.

During his session, Brown shared the stage with executives from Bluecore and VMware Carbon Black, who detailed their journeys towards interactive, immersive content experiences. Both noted that the shift required new ways of thinking and collaborating with their peers. Paige Gildner, Sr. Visual Designer for Bluecore, emphasized the importance of ongoing collaboration between content and design teams to create great content. The teams meet weekly to assess what new projects are coming down the pike, how they can create interactive experiences and how they will measure success.

Darius Eslami, Manager of Marketing Programs at VMware Carbon Black, shared an example of a March Madness-inspired interactive infographic that educated the audience about cyber-attacks. He indicated that brands should think about content creation through the lens of bigger themes and timely trends.

“Our audience is very technical. Internally, we had to think ‘How are we going to hook people?’ said Eslami. The company collects data points around cybersecurity, so they needed a way to inform their prospects and customers in an engaging way. “[The March Madness campaign] was a fun way to engage them and ask their input. We were able to leverage the results and data we track to leverage for future campaigns. It’s about leveraging that information that can be bottom of the funnel in one campaign to turn it into a top of the funnel [asset] for the next.” 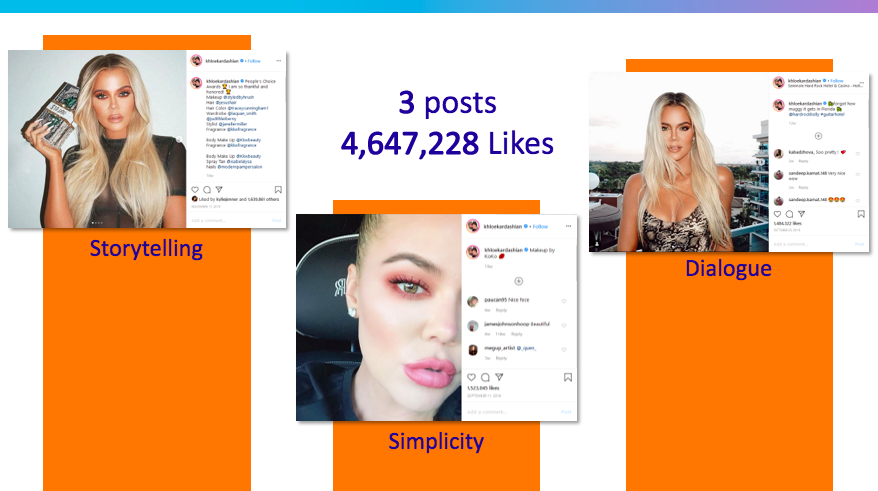 Bruno shared similar sentiment — taking cues from the Kardashian and Jenner families for inspiration. He uncovered the six critical shifts that must happen in content for it to be compelling:

During another session at #B2BMX, Randy Frisch, CMO of Uberflip, made a case for orchestrating content into campaign experiences. He emphasized the importance of offering an “endless scroll” so the audience stays with your brand and content through the duration of their online session.

“What we ignore is the next step, which is that we send someone to this generic endpoint with either the same piece of content or just one piece of content," he said. “So, we're leading with all these engagement strategies in our channels, but we're not thinking very often about that destination, that endpoint.”

Marketers need to create a clear journey to guide buyers through, not just guide them through a forest in the dark, Frisch explained. He pointed to YouTube as a highly valuable platform, but one that easily distracts and detracts viewers from branded content. They may be watching a very specific product video on your account, but the recommended content bar may bring them somewhere else completely — or worse, to your competitor. 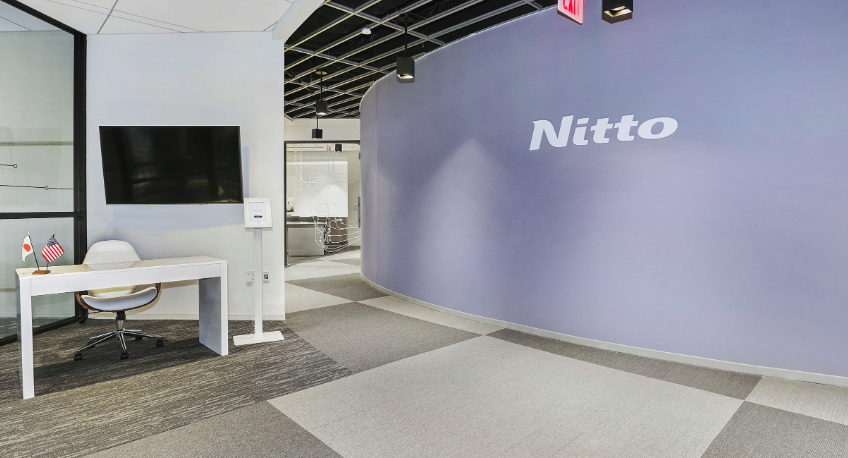 Nitto, a provider of more than 13,500 products such as industrial tapes, environmental solutions and optronics, won a Killer Content Award this year for its ability to bundle interactive content into an immersive, personalized physical experience. The company developed the Discovery Center to include a variety of content assets that highlight the capabilities of polymer chemistry using technology. Within 10 months since launch, the experience generated more than 700 guests.

Each experience starts with a short video introducing the concept that “Nitto is Everywhere.” Following the video, the user can interact with content based on their own needs, including:

“What we have to keep in mind is we have to give the experience that people are expecting,” said Frisch. “Invest in that experience, and if you're not, don't spend any of those dollars in the first place because you’re probably flushing them down the toilet.”