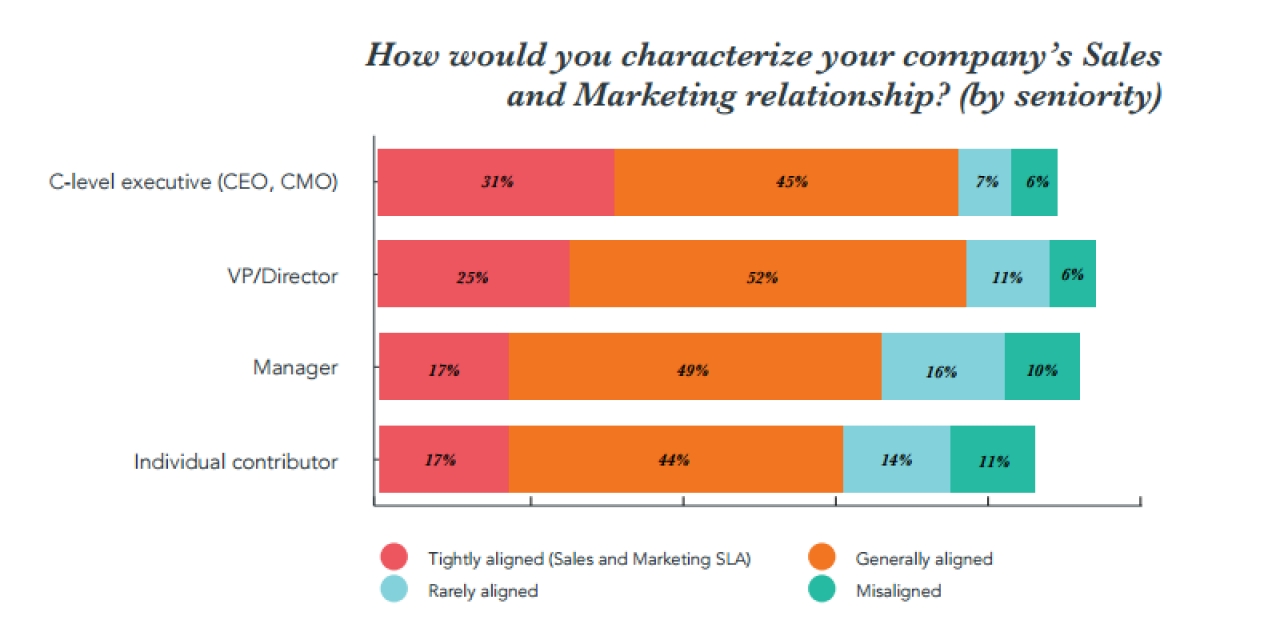 The latest installment of the annual State Of Inbound Marketing from HubSpot showed a disconnect between how the C-suite and its managers view the company’s sales and marketing relationship. The study revealed that 31% of C-level executives say their teams are tightly aligned, while only 17% of managers agree.

The annual report also showed that while 44% stated that their marketing and sales teams are “generally aligned,” only 22% of respondents said that their teams are tightly aligned with sales and marketing service level agreements (SLAs).

ADVERTISEMENT
“When we unpacked the data, we found that the executives who set the vision for their companies have very different perspectives on the state of their business, compared to individual contributors tasked with executing on that vision,” said Brian Halligan, CEO of HubSpot, in the report. “Executives need a better understanding of the day-to-day challenges employees face, and employees need to communicate more clearly the roadblocks in the way of success.”

The top-three marketing priorities for respondents were converting contacts and leads to customers (70%), growing traffic to the website (55%) and increasing revenue derived from existing customers (45%).

Other findings from the report include: