eTrigue, a provider of software-as-a-service (SaaS) marketing automation systems, announced that its flagship DemandCenter marketing automation application now supports mobile operation and management with Apple iOS and Android mobile devices. eTrigue users now have smartphone or tablet access to their campaigns without the need to download and learn a separate application.

ExactTarget unveiled its MobilePush application, a tool designed to integrate app-level messaging that leverages engagement data from across email, mobile, social and the web. The announcement was made during the Mobile Marketing Association Forum in San Francisco.

Zoho has released a new version of the company's flagship CRM suite, including upgrades designed to simplify managing sales collateral and identifying leads based on a salesperson's current location.

The new Document Library module in Zoho CRM enables users to centrally store, manage and collaborate on content. Users can upload and create files in multiple format and email proposals and other collateral directly from the Document Library.

When it comes to consumer behavior and business marketing on mobile devices, the growth stats are always staggering. Here’s one of the latest, from Pew Internet: 87% of smartphone owners check the Internet or email on their phones, including 68% who do so every day and 25% who say they "mostly go online using their phone, rather than with a computer."

That last number is an important one. “Rather than with a computer” shows that consumer behavior is on a fast track to be the dominant, rather than secondary, content-consumption screen.

If the latest 2012 ad spending numbers are any indication, 2013 is going to be quite a year for mobile marketing.

According to recent eMarketer data, U.S. mobile ad spending grew much more quickly than expected during the last part of 2012. The research organization now expects mobile ad spending to increase 180% this year to $4 billion – much higher than the $2.61 billion previously forecast in September 2012. 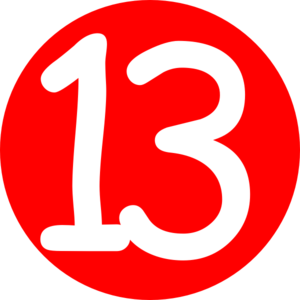 2012 was an action-packed year for B2B marketers and for the companies that serve them. Social media, mobile technology and new analytics tools offered both opportunities and challenges. The vendor landscape changed dramatically thanks to a high-profile IPO and major acquisitions. Through it all, B2B buyers continue to rewrite the rules of the marketing game.

All of these trends are evident in Demand Gen Report's roundup of our top stories for 2012. In fact, if there's one common theme linking the following stories, it's that B2B marketers now work in an industry where fast-paced – and often disruptive – change is a fact of life.

Social media has become an integral part of many lives worldwide, and shows no signs of stopping. According to Nielsen’s Social Media Report 2012, online time spent using mobile apps was up 122%. Mobile web time has increased 22%, while PC time experienced a 4% increase.

The report revealed that people spent more of their time on social networks than any other web site type. People were more engaged with these social channels, and businesses have leveraged social media as digital marketing tools.

Most businesses will increase their email marketing investments during 2013, and a majority also plan to integrate email with their social media and mobile marketing, according to a study released this week by StrongMail.

The email marketing solution provider surveyed 1,000 business executives during November, 2012. About 56% of the respondents said they plan to increase their email marketing budgets, making email the leading source of marketing investment for 2013.

As the marketing automation industry matures, some of its most prominent players are moving on to new markets and new challenges. Demand Gen Report recently caught up with a few of these executives to discuss their new roles, including their use of content marketing strategies and the challenges of working in startup environments.

Salesforce.com reported yesterday that it beat Wall Street expectations for its Q3 2012 earnings, and that it is on track to become the first cloud computing company with a $4 billion revenue run rate.