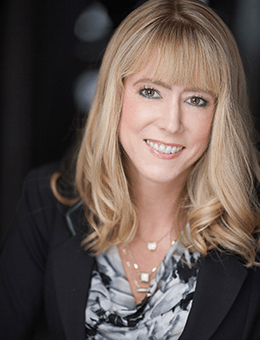 When Act-On Software announced the appointment of Kate Johnson as its new CEO, it also revealed a plan to restructure and consolidate its North American offices back to Portland, Oregon. The company stated that the initiative is designed to better align customer-facing departments of the business with its product development team to fuel product growth. Act-On has since seen notable success, doubling its customer lifetime value as it continues to put the customer first.

In an exclusive interview with Demand Gen Report, Johnson discussed her first five months with Act-On and how her background in finance impacts the ongoing development of the company’s offerings and go-to-market strategy. Johnson also shared her thoughts on Act-On’s recent financial success and what it means for the company moving forward.

Demand Gen Report: How have the first five months been for you at the helm of Act-On Software?

Kate Johnson: It’s been a whirlwind to say the least — but in a really positive way. I’ve been with the company for a little over three years in a different capacity. I’ve had quite a bit of experience with Act-On prior to moving into this role, but it is definitely an interesting thing to step out of the CFO role and step into the CEO role. We’re really bringing in a new level of focus to Act-On’s future.

I’ve brought on an entirely new executive team, which consists of eight people including myself, and each of which is either completely new to Act-On or new in their role. So, it’s an interesting clean-slate where everybody is stepping new into the role and bringing in a fresh perspective, in addition to being very laser-focused on what we’re trying to accomplish this year.

One of the reasons for focusing on bringing in a new executive team was our Portland location. We decided in January to consolidate our two primary U.S. locations into one in Portland. I wanted a largely Portland-based executive team because I believe it’s really important that the executive team is where the employees are on a day-in and day-out basis — given that we’re really trying to accomplish a lot this year. Apart from my CRO, every single executive on the team is physically based out of our Portland office, which is really great.

I can’t help but be excited to take Act-On to the next phase of evolution, which is really about growing and scaling the company to focus more on mid-market enterprise customers and on what we’re doing to support the needs of that customer. It’s not been boring in any way, shape or form. We have hired over 70 people in our Portland location this year to date across all the various functions — with a focus on customer support, product and development.

DGR: How has your CFO background impacted the ongoing development and growth of the company?

KJ: There are different phases and life cycles that companies go through. In particular for Act-On and what we’re trying to accomplish right now, I think my investors recognize that a very pragmatic approach was going to be a good one for the company, and what I mean by that is that one of our primary goals is to become financially healthy and to achieve sustainable growth.

ADVERTISEMENT
In addition to that, there was a recognition from all of us — as we’re finalizing the transition out of small business to mid-market — that we need to invest in the product and innovate on a pace that outpaces everyone else. My background and expertise from a financial perspective is really to work with my executive team to constantly prioritize any amount of significant spending that we’re doing so that we’re making sure that we’re bringing back ROI to Act-On in terms of long-term success for the company financially — as well as for our customers.

Whenever we’re looking at anything that we’re balancing or doing tradeoffs on — asking, “Hey, should we spend on a marketing conference?” Or, “Should we hire three more engineers, including a data architect?” — our focus generally leans towards the innovation piece. But I believe, given my background, that I’m able to drive that dialogue with our executive team. We have a very great executive team, and everybody is on board and aligned with our goals.

DGR: How has the consolidation back to Portland helped in this new product focus?

KJ: It’s actually helped tremendously. There’s something to be said for doing things somewhat in a traditional way. What I mean by “traditional” is having all the core functions to understand the needs of our customers in one location or under one roof. Previously, our product and development teams were here in Portland, while our customer success and support, as well as a large part of our marketing organization, was in California.

Over time, and while there’s all kinds of technology and ways for teams to communicate with each other, we just found that the feedback loop from the customer was not happening to the level that we believed was necessary for us to be successful on our goals. So, the idea was that we were going to have our development team, our product team, our customer success team and our support team all under one roof — really all sitting in groups together.

So, we started teaming them up together. We do daily stand-ups and now have constant feedback loops. The customer success and support teams are on the front line in speaking to customers, hearing what was helping them be successful and what was not, as well as feature requests that they have and where they’re feeling the pain of any issues on the product. There’s this constant conversation now that’s happening between those groups. We’re able to better understand the needs of our customers and then bring better features and fixes to market.

We’re really on the early days of this given it’s five months in, but I’m really excited about where it’s headed and what I believe to be our ability to speed up our pace of innovation going forward.

DGR: What roles have your customers had in the further development of Act-On's offerings?

KJ: Our focus point as a company right now is on the customer, so we wanted to make sure that we were incorporating the voice of the customer pretty much in everything that we do. There’s a lot of different ways that we’re getting feedback at this point.

For example, when I took over as CEO, I wanted to make sure that I had a better understanding in a different capacity than I did as a CFO of what our customers needed, so I just started talking with customers by arranging phone calls. Whether they’d be our largest customers or just representative customers of our target market, I arranged phone calls or in-person meetings and just started asking, “How are you using our products? What is your use case? What is your experience?”

We have also implemented a new account management program, which we did not have previously. We now have an account manager assigned to every single customer account with guidelines for how they interact with customers, the frequency and what conversations they have. In some cases, we are doing quarterly reviews with customers to make sure that they understand how the product is being used, what the use case is and if are they are maximizing their use of the product.

We also have a CSM orientation. For our larger customers, or customers who need more help because they don’t have a robust marketing department, customer success managers (CSMs) spend more of their time making sure that the customer knows how to properly use the product to get the true benefit out of it that they should. But they also are a conduit for the customer to talk about any feature requests or frustrations that they may have. We then use our own technology inside the company to communicate between the groups.

DGR: The company’s financial announcement mentioned a double down on product innovation. Any updates on what Act-On is currently working on?

KJ: We announced a little over a year ago that we were focusing on what we were labeling and calling “adaptive journeys.” It’s really about finding ways to use the enormous amount of data that is naturally captured in our system or in our platform to better inform marketers or users about what to do with that data and how and when to ultimately improve ROI. It’s all about using AI.

One of the recent product features that we released to our customers in Europe — and will release to customers in the U.S. next — is called “adaptive sending.” What that does is it looks up the data that’s in the system about open [ways], who’s opening and when. It then provides recommendations to our customers about when the best timing is for them to actually send emails or reach out to the very different people that they’re trying to communicate with. If, for example, myself as a CEO, I tend to open emails first thing in the morning at 6:00 AM versus maybe a head of sales who may open emails at 6:00 at night, the data will analyze that and provide feedback to our customers to say, “Hey, I would recommend communicating with this particular person at 6:00 AM because that’s when they’re most likely to open it.”

We’re looking into predictive technology and to harness the data in our database to work with our customers, so that we can provide them with more ROI rather than just automating. For them, the activities that we’re already doing are actually providing them insights on how to better do those activities.

DGR: What is the current state of marketing automation as a category? How has it evolved?

In fact, I was looking at a recent survey a couple of days ago that surveyed marketing automation users and asked them to rank the features and functions within marketing automation that they use the most. The top one — and it was 77%, I believe, something around there — was still email. I think in some ways it has changed and evolved, but in a lot of ways it really hasn’t. So, I think that the next evolution of marketing automation and where we’re headed (and where Act-On is certainly headed) is to go beyond simple automation. As I’ve mentioned earlier, it’s about really focusing on turning data into insights and actions.

I think most marketers, especially in the tech industry, have been using some form of marketing automation for some time now. Most of them are not new to marketing automation, and what they’re really looking for from the tool or from the system that they’re using now is to improve their ROI and conversion rates. I don’t think anybody has really cracked the code on that yet as far as not just automating the activities that they’re doing, but also providing the data, insights and functionality to actually improve conversion and ROI. I think that’s really where the industry is headed and specifically where Act-On is headed as well.