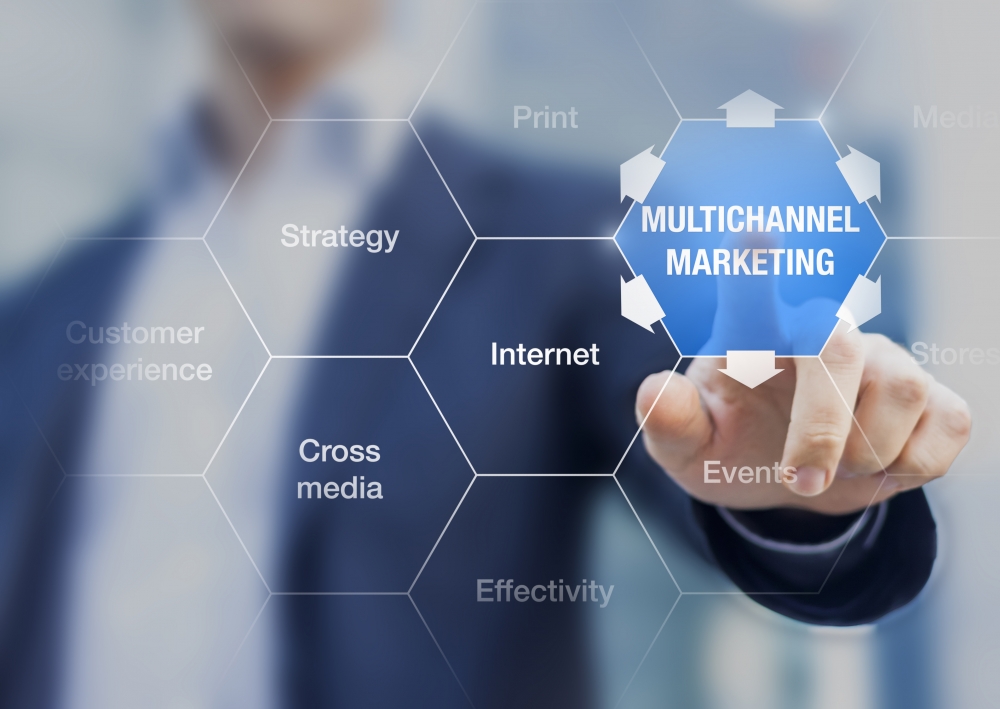 With B2B shoppers doing as much as 70% of their research before contacting a company, marketers are striving to implement cross-channel strategies that present engaging signposts all along every decision maker’s self-directed journey.

When shoppers are engaged early and effectively at multiple touchpoints, conversion rates can soar. At the 2018 B2B Marketing Exchange conference, Ana Villegas, Senior Director of Marketing at Dell EMC, demonstrated how a data-informed cross-channel program to engage buyers can boost conversion rates to 91%.

ADVERTISEMENT
Prior to its adoption of a cross-channel marketing strategy, Dell EMC had a limited digital view into how it could better support the buyer’s journey. “We had data and propensity models, but they were being used only to predict when a customer was ready to have a conversation with sales,” Villegas said in a recent interview with Demand Gen Report. “We were not using those models and those scores to really identify how we should engage customers though the full funnel.”

Customers were being contacted by different organizations at Dell EMC — the sales play team, events and different marketing squads — “each doing their own targeting and trying to figure out how to best optimize their vehicle,” explained Villegas. “But there was not an omnichannel effort.”

When Dell EMC tapped mid-size customers as a major business opportunity, Villegas seized the chance to initiate a comprehensive omnichannel effort. She proposed a data-driven program that would determine what information customers really wanted “based on the propensity models, based on their purchase history, based on their online behavior, based on their behavior offline, their interaction with sales and all the data we have.”

Multiple internal and external data sources were consumed to understand when and how to address customers as they move across multiple channels. Data included activity on Dell’s website, order history, sales data and other engagement with marketing. External data sources included online third-party activity and sentiment data, competitive install and firmographic data.

Rather than create solution- or product-focused campaigns, Dell EMC elected to prioritize key topics of buyer interest identified with the help of sources such as 6sense. With Flashtalking technology layered on top of its data management platform, Dell EMC was able to show different content frames to a customer from a shared digital touchpoint, such as a digital ad banner. With each subsequent interaction, buyers were presented with content options via activity paths designed to meet their perceived need and keep them engaged.

As shoppers engaged through more channels, the conversation rate rose dramatically. During her presentation at B2B Marketing Exchange, Villegas reviewed how conversion rates climbed from 16% for sales play-only efforts to 91% for a comprehensive cross-channel program. When digital contacts were added to campaigns that included sales play and sales enablement activities, conversation rates skyrocketed from 27% to 77%. Conversation rates jumped to 91% for cross-channel campaigns that layered on events, emails and other activities.

It may take many touch points over several months before customers fully engage with Dell EMC. In fact, Villegas noted at B2BMX that in the first three months, the efforts didn’t generate any results. Soon after, though, the efficacy of the program became apparent after it was applied to a few conversations in term

At Dell EMC, teams conduct quarterly reviews of content to determine what’s working. Indeed, the effective shelf life of content is shrinking significantly, said Villegas. “One of the areas that is the most expensive is social media because the content in expires really quickly,” said Villegas. “Sometimes, it can be less than a week that your content can live and you need to refresh it with something different.”

But other campaign content, such as emails, shouldn’t be left on the shelf too long either. “An email can be more around three months depending how many exposures you have to a customer,” said Villegas. “Ideally three to six months at the most, but we look at this every quarter.

Paying close attention to how each component of cross-channel campaigns perform can lead to significant improvements. At the B2B Marketing Exchange, Susan Wall, Senior Director of Marketing at Oracle + Bronto, reviewed how just testing calls-to-action (CTAs) to optimize them for every touch point boosted conversation rates dramatically.

For example, the appropriate application of early stage CTAs such as “Learn More,” or further-in-the-funnel offers such as “Get Pricing” or “See A Demo” have improved conversion rates as much as 5X to 6X.

The marketing team at Marketo is also taking a closer look at tweaking cross-channel contacts to engage buyers more effectively. As Kristen Cardinalli, Group VP of Demand Generation at Marketo, shared during the same panel discussion at B2BMX, the identity of the sender of an email can make a big difference in open rates. Marketo is seeing a 30% higher open rate for top-of-the-funnel emails when the company is presented as the sender as opposed to a sales development or customer success representative.

Marketo is applying equal scrutiny to which assets it presents at different stages of the buyer’s journey. For example, webinars and demos were thought to be of interest to top-of-the-funnel buyers. “We discovered that they do much better at the mid-stage,” said Cardinalli.

One of the keys to optimizing successful digital programs is building teams of data-enthusiastic marketers, said Dell EMC’s Villegas. “Marketing skills are changing. Five to 10 years ago, it was all about creative. But now, it is so much about technology. Marketers need to be prepared for that — and they need to like it,” she said.

Martech solutions are constantly being updated, and the places where data is being captured and reported are in constant flux, said Villegas. “I am always challenging my team that they need to keep learning. If you like change and innovation, marketing is a good place to be.”

Equally important, modern marketers need to be ready to monitor data and stand up to the management scrutiny it enables. At Dell EMC, reviews of how well marketing efforts are contributing to pipeline and margins are conducted on a weekly basis.

At Oracle + Bronto, Wall and her team are checking the performance of their campaigns even before the digital ink has dried. “In the first 24 hours, we know whether the campaign is hitting our first set of targets,” she explained. “So, we know right away if we have a problem or don’t. I frankly expect my team to all look at their campaigns every single day and know exactly how that campaign is performing.”

“Calculating the ROI on the different campaigns we were running was a very difficult process to do accurately,” Wall added. “It’s an entirely different world with digital. You measure each campaign discretely and get responses quickly.”

Wall said digital marketing solutions enable her team to more accurately forecast campaign performance. “For every campaign that we run anywhere digitally, we will know in advance what our measures of success are…with this particular publisher…with this particular type of campaign…how many responses and conversions we can expect. We take it all the way out to how much revenue that campaign should drive.”

Digging into data is high on everyone’s daily to-do list at Oracle + Bronto, Wall continued. “In our case, every single person in our marketing department — whether you're a content creator, a designer, on the demand gen team or an event logistics — every single one of them is in our CRM system. Almost all of them are in our marketing automation system. They’re all looking at data.”