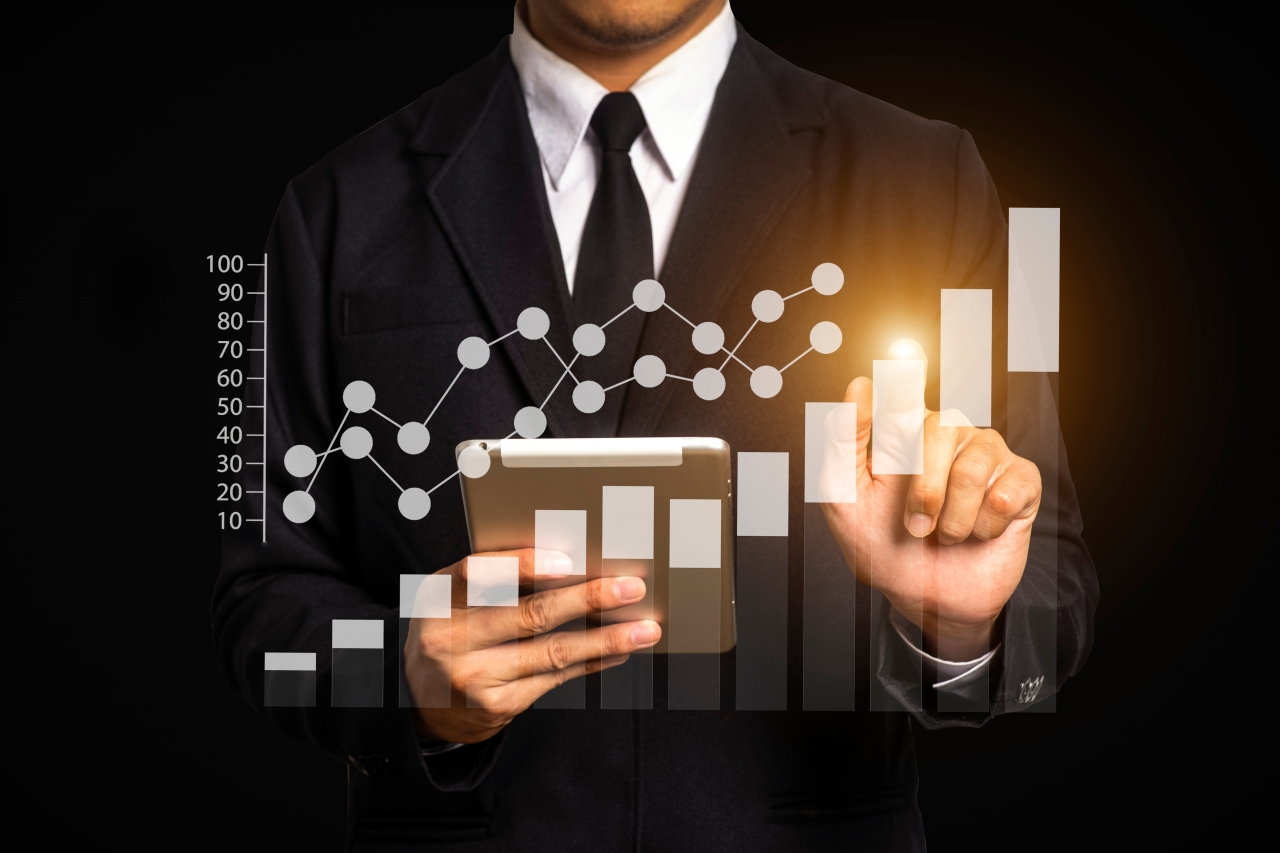 The pressure is on — marketers are becoming more responsible for driving revenue. In fact, Forrester research shows that 82% of CMOs have goals tied directly to revenue. As such, modern marketers are taking an active approach to measuring and accelerating pipeline — a task that was typically reserved for sales. But at companies such as Oracle and CenturyLink, there is a growing priority for marketers to generate pipeline metrics, including velocity, which can provide key insights to accelerate deals and streamline customer retention and advocacy.

“Everybody’s budget is contracting, so everybody is scrutinizing every dollar,” said Kate Cindric Federhar, Marketing Operations Manager at CenturyLink, a telecommunications company, in an interview with Demand Gen Report. “It’s important to figure out what’s working and what’s not working. We want to see what metrics are getting leads into the pipeline and to the stage where they’re starting to talk to sales.”

According to initial findings from an Elixiter survey on marketing impact, nearly 70% of B2B marketers are now measuring pipeline. But it isn’t enough to just measure the volume and value of leads. Industry analysts also recommend measuring velocity, or the speed at which leads move through your pipeline.

In a 2017 Forrester report, titled Metrics That Matter For B2B Marketers, pipeline velocity was named the second most important metric for performance management. By measuring pipeline velocity, marketers are able to glean a holistic view of the customer journey and identify which strategies drive quicker close rates, as well as where deals are stalling and which areas need improvement.

“Marketing metrics help you diagnose and understand at which points in the funnel you are having problems engaging,” said Allison Snow, Senior Analyst at Forrester, in an interview with Demand Gen Report. “Velocity is incredibility powerful because it’s one of the only metrics that’s really important for every day, practical diagnostics, as well as forward-looking and predictive. When things are stalling, velocity helps you understand what levers you can pull to move them forward.”

While most marketers agree on the value of measuring pipeline velocity, execution is often easier said than done.

“I don’t have any magic bullets on how to measure or increase pipeline velocity easily,” said Alex Schutte, Head of Digital Marketing Strategy at Paycor, in a statement to Demand Gen Report. “In our environment, I’ve found it’s nice to talk about the idea of impacting it, but we’ve found it’s tough to measure granularly and down to a program level.”

Even among the marketers who are measuring pipeline velocity, there is no industry standard for doing so and the metrics used can vary from company to company.

ADVERTISEMENT
CenturyLink tracks lead progression from MQL to SQL to closed-won, using a loose interpretation of SiriusDecisions’ Demand Unit Waterfall. By evaluating lead progression and the impact of touches for closed-won deals versus touches for closed-lost deals, the company is able to see if certain marketing or sales activities accelerate pipeline. Cindric Federhar, however, noted that the process is far from perfect.

“We look at the stages of the opportunity, but it can be a little tricky to see how those things are moving because I have 2,600 sellers I support,” she said. “I think if you had 10 sellers you support, you could be very type-A with that and measure exactly how many deals there are and where they’re sitting in the pipeline.”

Other marketing practitioners, however, argue that new methodologies such as ABM require new metrics beyond MQLs, SQLs and conversion rates.

“There’s a raging debate as to what the right metrics to measure by are,” said Kelvin Gee, Senior Director of Modern Marketing Transformation at Oracle, in an interview with Demand Gen Report. “Marketing is at a crossroads for how we need to measure ourselves versus how we traditionally measure ourselves … I think we need to pull out a new ruler and a new way of measuring.”

At Oracle, pipeline velocity is measured based on account engagement, target account pipeline and closed-won. The sales team is focused on engagement, so it is important for marketing to align around those metrics as well, according to Gee.

Forrester’s Snow stated there is no singular metric that will work for everyone and that the right metrics may vary depending on business needs. Instead, Snow emphasized the importance of outlining clear definitions for sales stages and ensuring alignment and buy-in across marketing and sales.

“Being able to diagnose velocity is really dependent on strong, articulated sales stages,” said Snow. “A lot of times, you’ll hear people throw around the term MQL or SQL and I happen to think that’s just fine. It’s a perfectly reasonable way to build sales stages with as much granularity as possible. But if you’re working with sales executives and the term MQL is meaningless, then the diagnostics associated with that conversion plan are meaningless.”

Extending The Pipeline To Post-Sale

A marketer’s job is never done, and pipeline doesn’t end when a deal closes. According to InsightSquared, nearly 80% of a company’s future revenue comes from 20% of its existing clients. So, it’s important that marketers continue to nurture customers after closed-won.

Since the pipeline extends beyond deal closure, so too should the metrics. Marketers can measure post-sale pipeline velocity to gain insights into customer success, see what steps are needed to transform customers into advocates and drive higher retention.

“Organizations who think the funnel ends with close-won are not really customer-centric,” said Kevin Joyce, CMO and VP of Strategy Services at the Pedowitz Group, in an interview with Demand Gen Report. “From unaware to closed-won is just half of the battle, but most marketers don’t have a funnel that incorporates sales to existing customers. They just think about acquisition and net-new customers.”

The value of the post-sales pipeline is understood at Oracle, where renewal and retention are a growing focus for the marketing department.

“We’re transforming ourselves into a cloud company, so it’s all about the renewal and retention,” said Gee. “Marketing doesn’t usually work with the post-purchase side, but that’s kind of the role we need to play now. We need to reimagine the charter of marketing.”

According to Gee, post-sales pipeline velocity can help companies figure out how long adoption may take, when marketing should follow up to help with value realization and when customers may be ready to serve as advocates or testimonials. But Gee warns that the steps should not be rushed — a mistake that many B2B marketers make.

“If you do steps one to three correctly, the renewal and customer advocacy should be a layup,” said Gee. “But if they’re not using the product or service, then they’re not seeing value and you can’t calculate ROI. If you can’t calculate ROI, how are you supposed to get a good customer advocate out of them and how are you supposed to get renewal? It’s kind of a crawl, walk, run process and a lot of companies go straight for the run without doing the crawling and walking.”

CenturyLink takes a similar approach. Immediately after a deal is closed, the customer is moved from one nurture program to another, whether it be cross-sell, upsell or renewal, and receives relevant, promotional messaging.

But Cindric Federhar agrees that quality sometimes trumps velocity when it comes to the post-sales pipeline, and high-value deals may need to be handled with special care and extra time. Large CenturyLink customers, for example, are handled by the sales reps who have cultivated a good, one-on-one relationship with them.

“There are some prospects that you may have on your radar with a high customer lifetime value for a segment,” said Snow. “In these cases, you may say, ‘we don’t want to go for speed here, we really want to exercise channels. This is more of a white-glove situation, so we’ll have different standards for velocity.’ Knowing how to balance those two is key.”

Successful B2B organizations that measure and accelerate pipeline velocity rely on consistent alignment, buy-in and definitions across sales and marketing. But like anything in B2B marketing, practitioners should be open to change and adapt new metrics as the technology and methodologies evolve.

“Think about what the power of technology was 10 years ago — it was the Motorola Razr phone,” said Cindric Federhar. “Everything is constantly changing and constantly evolving, so thinking that you’re doing great today doesn’t mean you’re going to be doing great tomorrow. Technology changes, so too will the metrics. [Get started and] don’t freak out because you’re going to have to be doing something else down the line.”